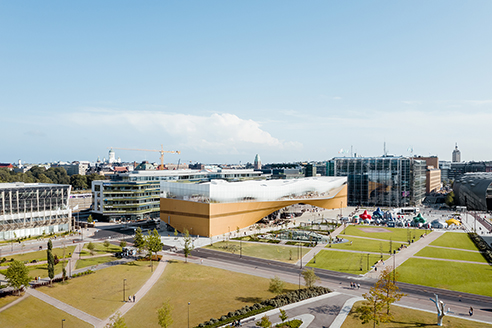 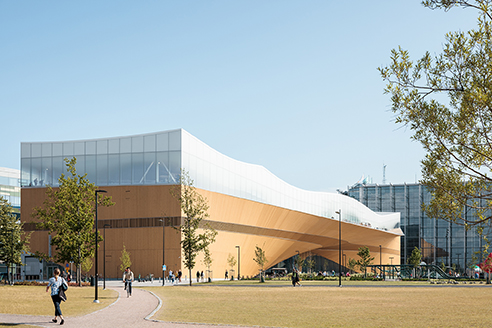 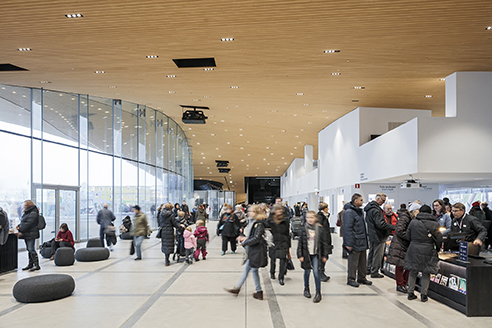 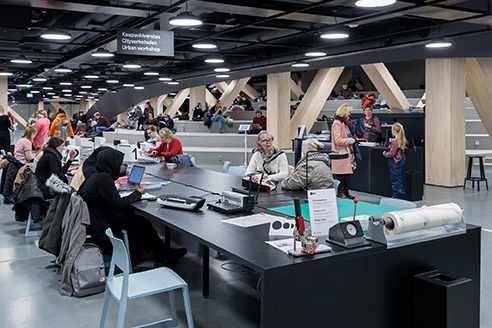 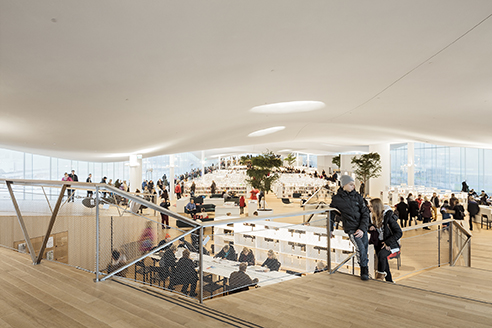 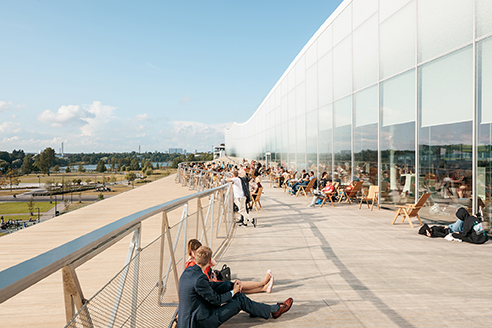 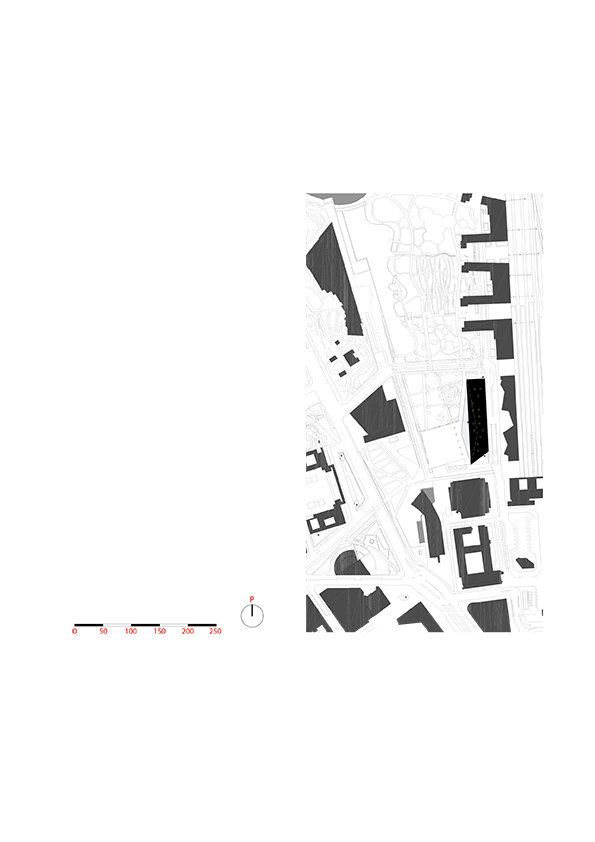 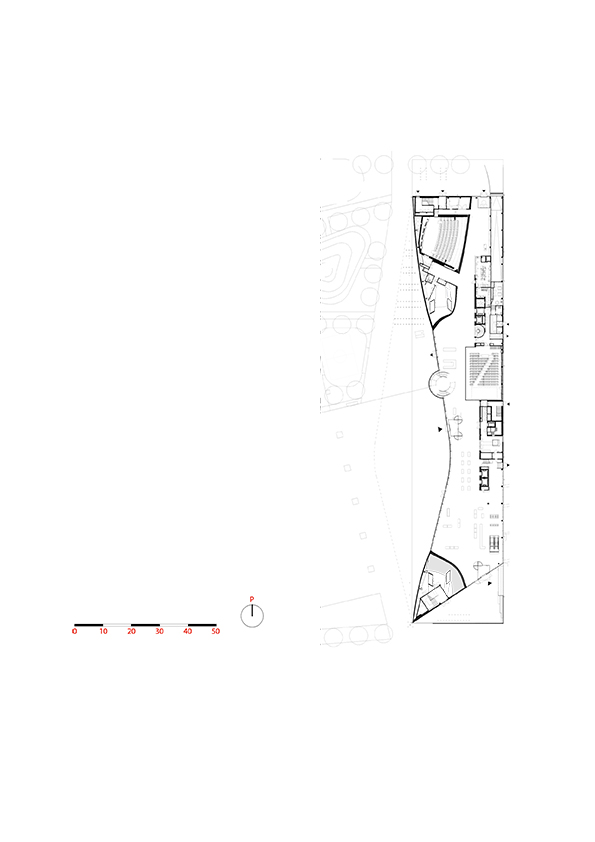 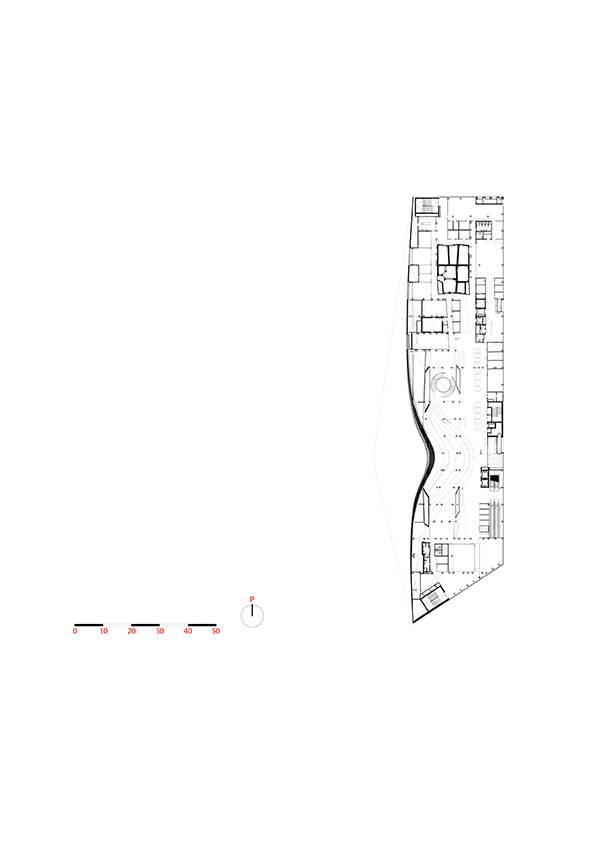 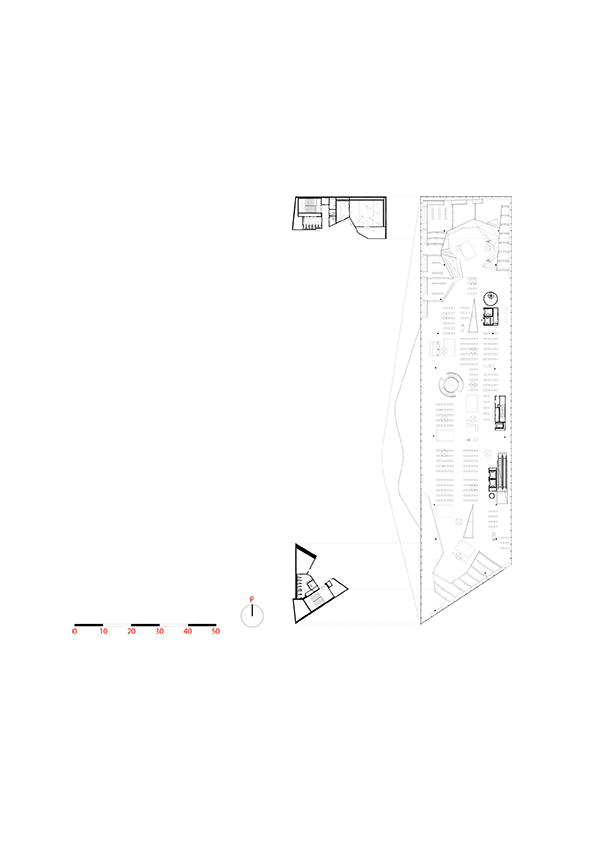 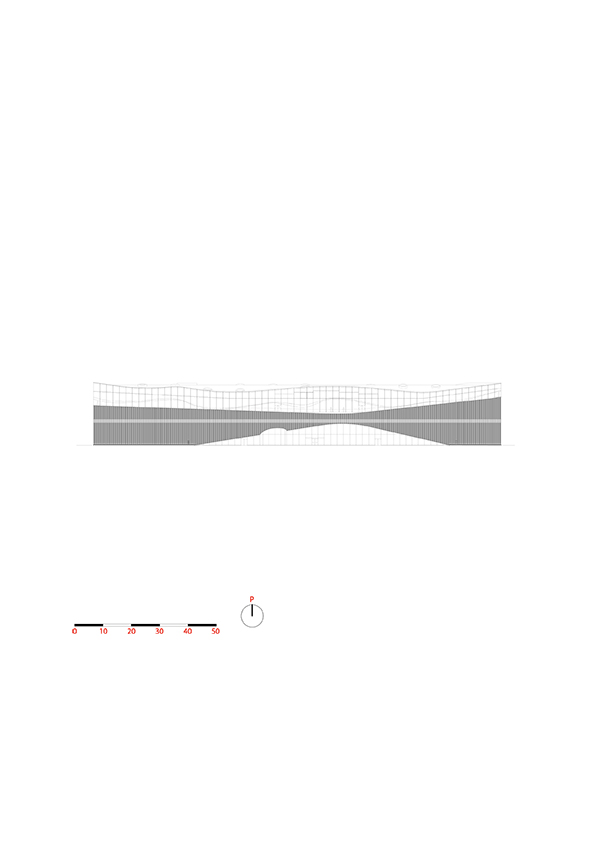 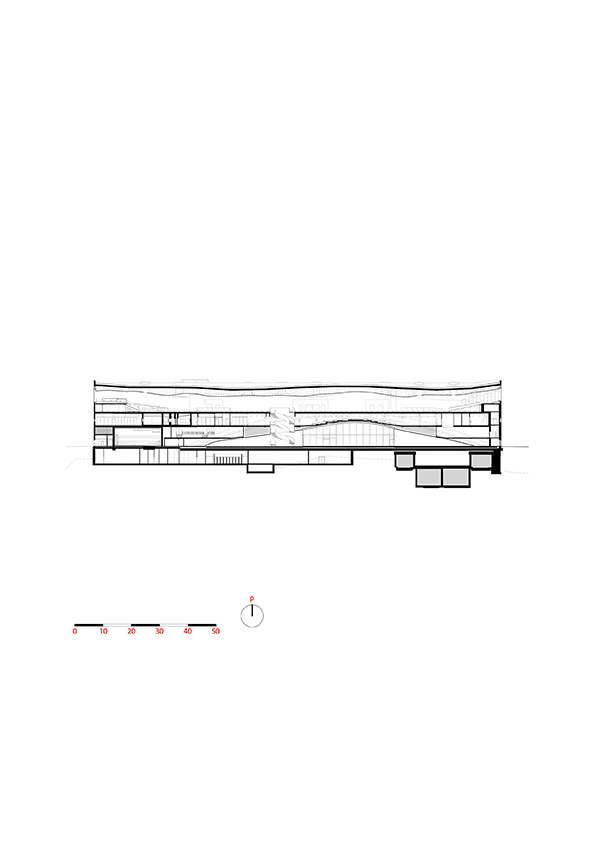 The Oodi Library is an inspiring and highly functional addition to the urban life of Helsinki. The library building located in the city center, next to the Parliament House, Kiasma Museum of Contemporary Art, Helsinki Music Centre and the Sanoma House, consists almost entirely of public space and offers a wide selection of services. It is the new central point for Helsinki’s public library network.

The design divides the functions of the library into three distinct levels: an active ground floor, a peaceful upper floor, and an enclosed in-between volume containing the more specific and sometimes louder functions. This concept has been developed into an arching form that invites people to utilize the spaces and services underneath, inside and on top of the bridge-like structure.

Oodi opens directly to the surrounding cityscape. The Kansalaistori square seamlessly continues under the entrance canopy and into the building. The wooden front facade arches over the ground floor as a dramatic bridge-like structure. The resulting column-free foyer is suitable for all kinds of events. Even the multipurpose hall, the restaurant and the cinema can be used as extensions of the space.

The middle floor consists of flexible rooms, nooks and corners inhabiting the spaces between the trusses of the building’s arching bridge structure. These enclosed spaces have been designed to accommodate group working areas, recording studios, editing rooms and a maker space.

On the top floor, the best features of a traditional library meet the most recent technologies. The open space is topped with a cloud-like undulating ceiling. The serene atmosphere invites visitors to read, learn and relax. The top floor also offers unobstructed panorama views of the city center through the floor-to-ceiling windows and from the large public terrace on top of the entrance canopy.

The administration and logistics spaces are kept to the minimum on the public floors to maximize the openness of the library.

Oodi is a public library that in its wide variety of facilities and services offered resembles a community center. It is an indoor public space open morning to evening seven days a week. One can go there for the books, the movies, or a cup of coffee, one can use the meeting rooms, the gaming rooms, the 3D printers and sewing machines or the teaching kitchen, or one can just walk in the doors to spend time in the warmth of the building instead of staying out in the cold.