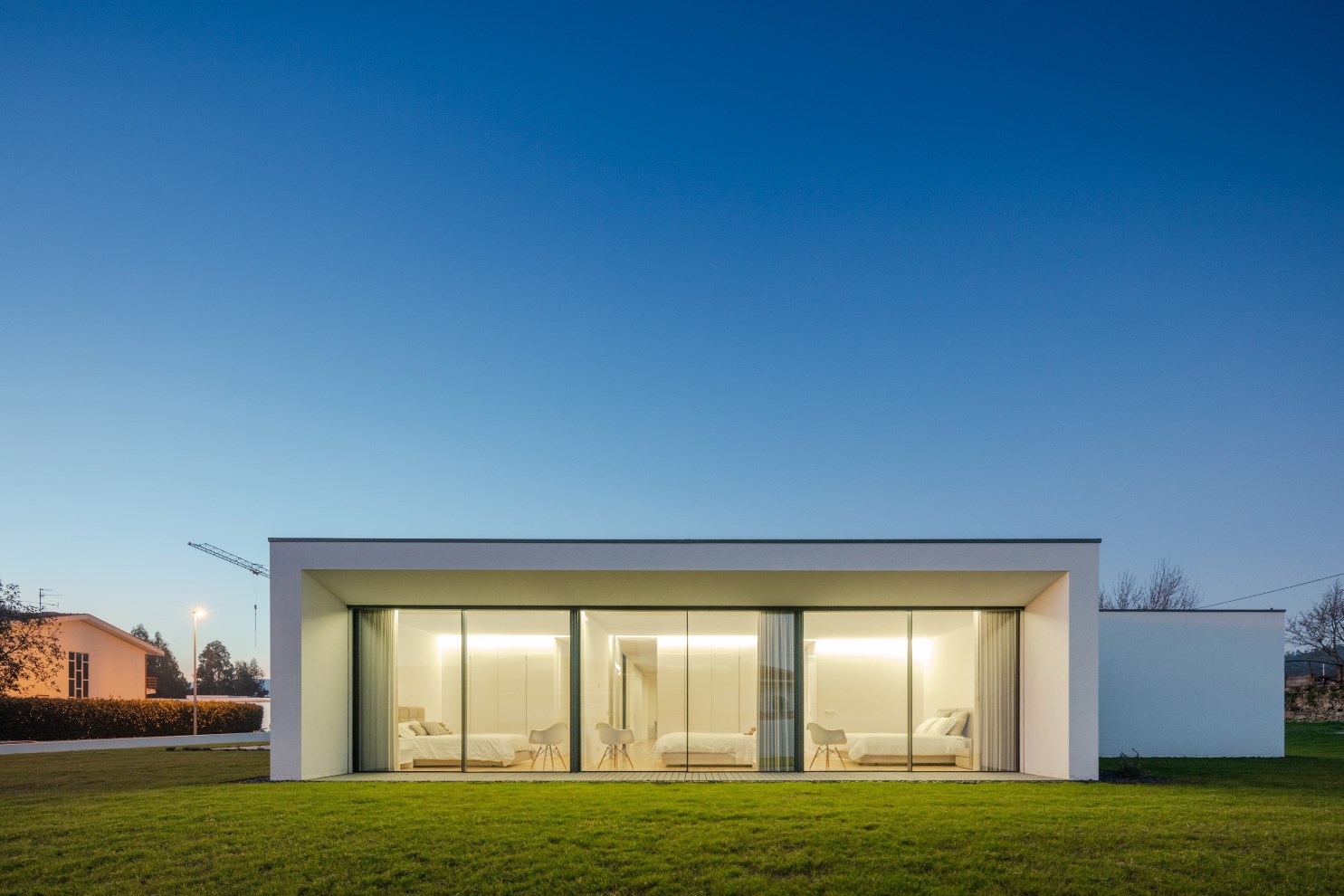 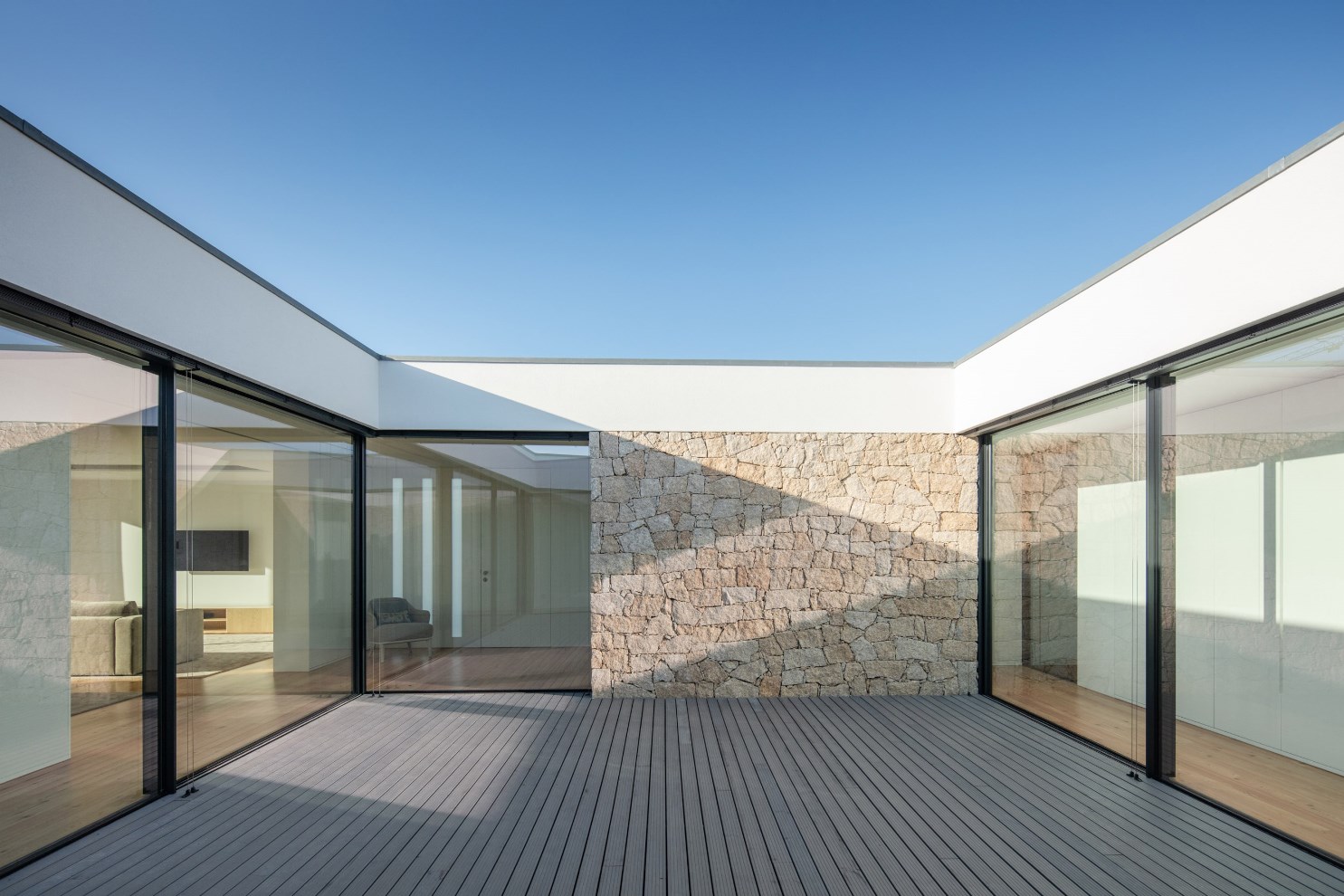 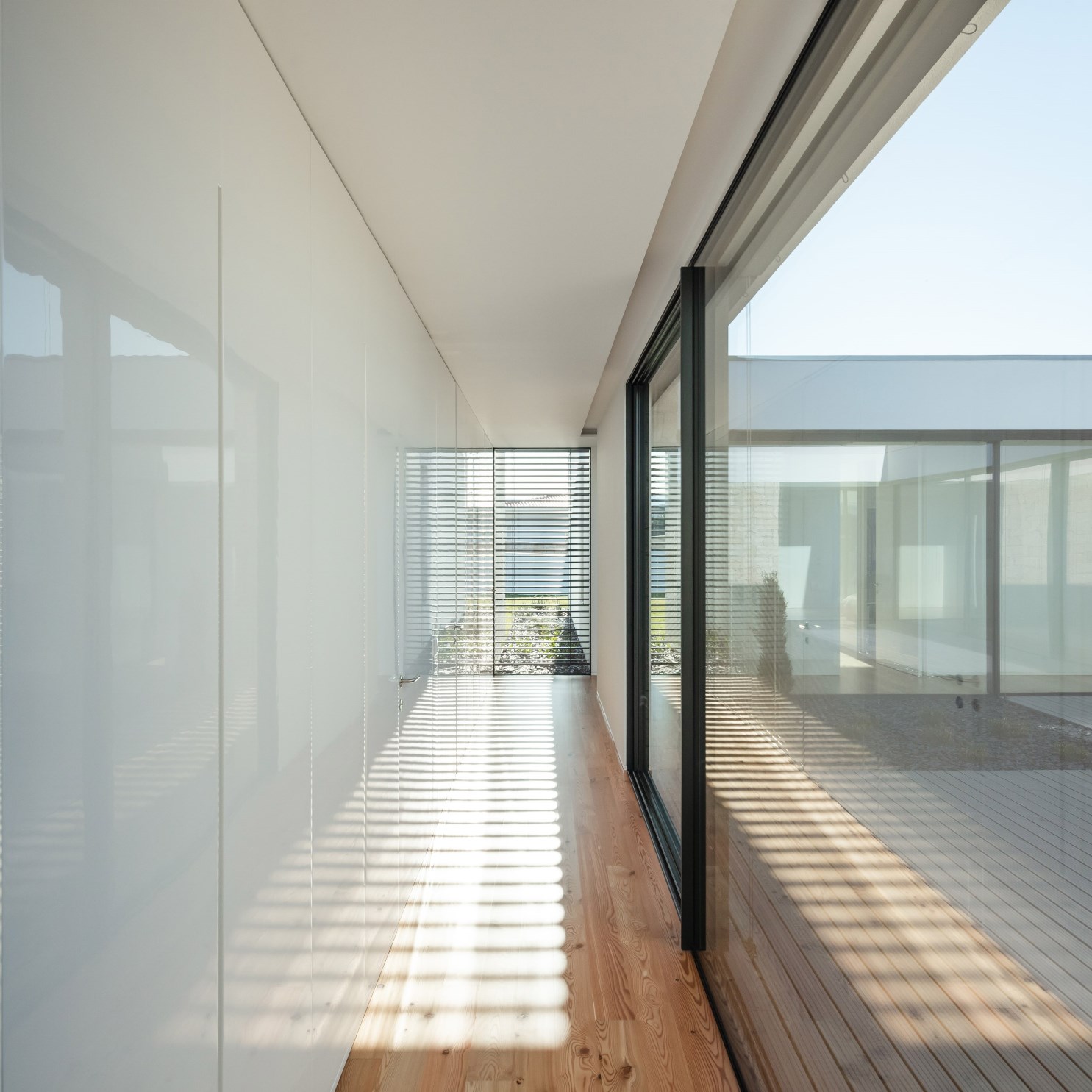 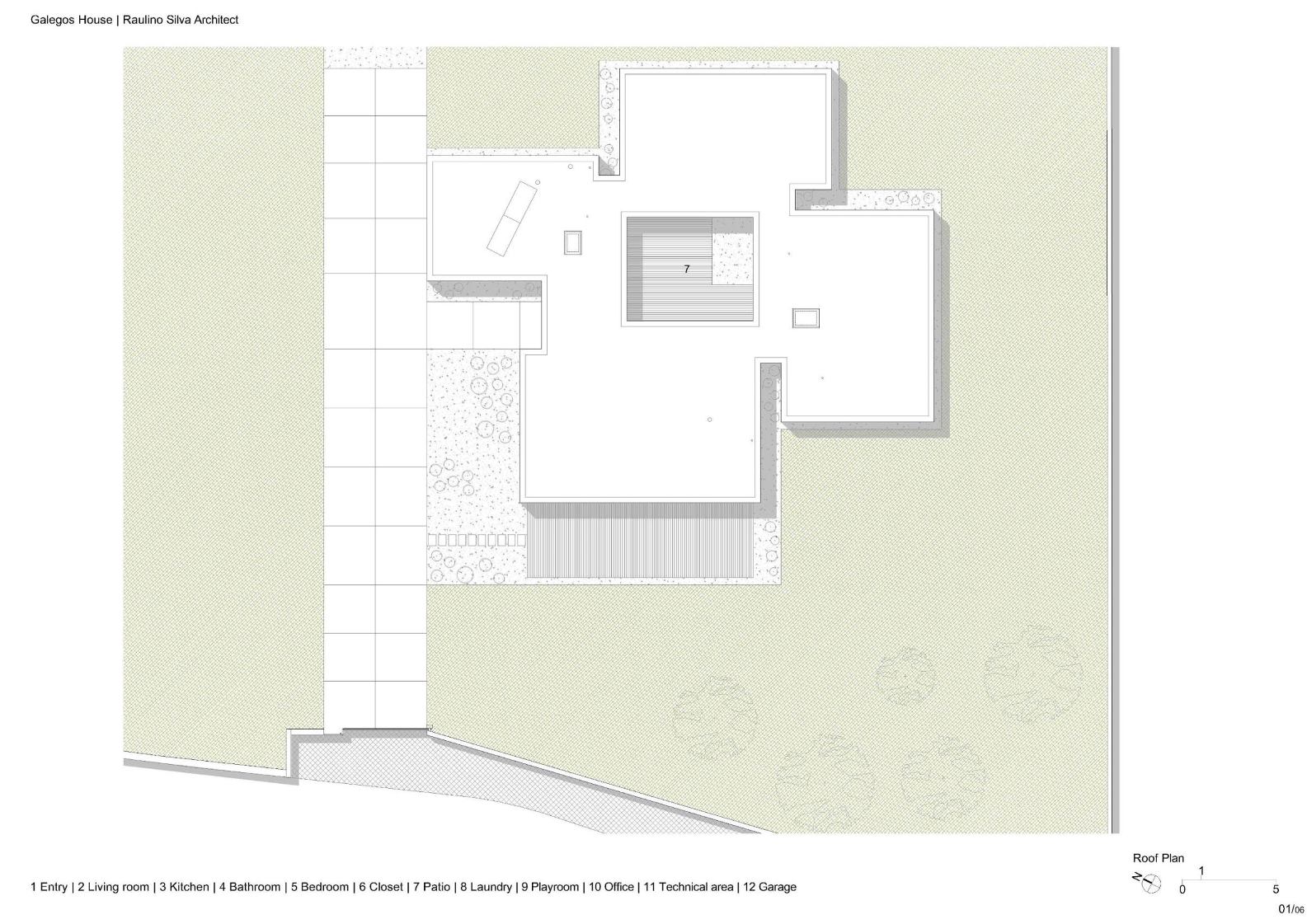 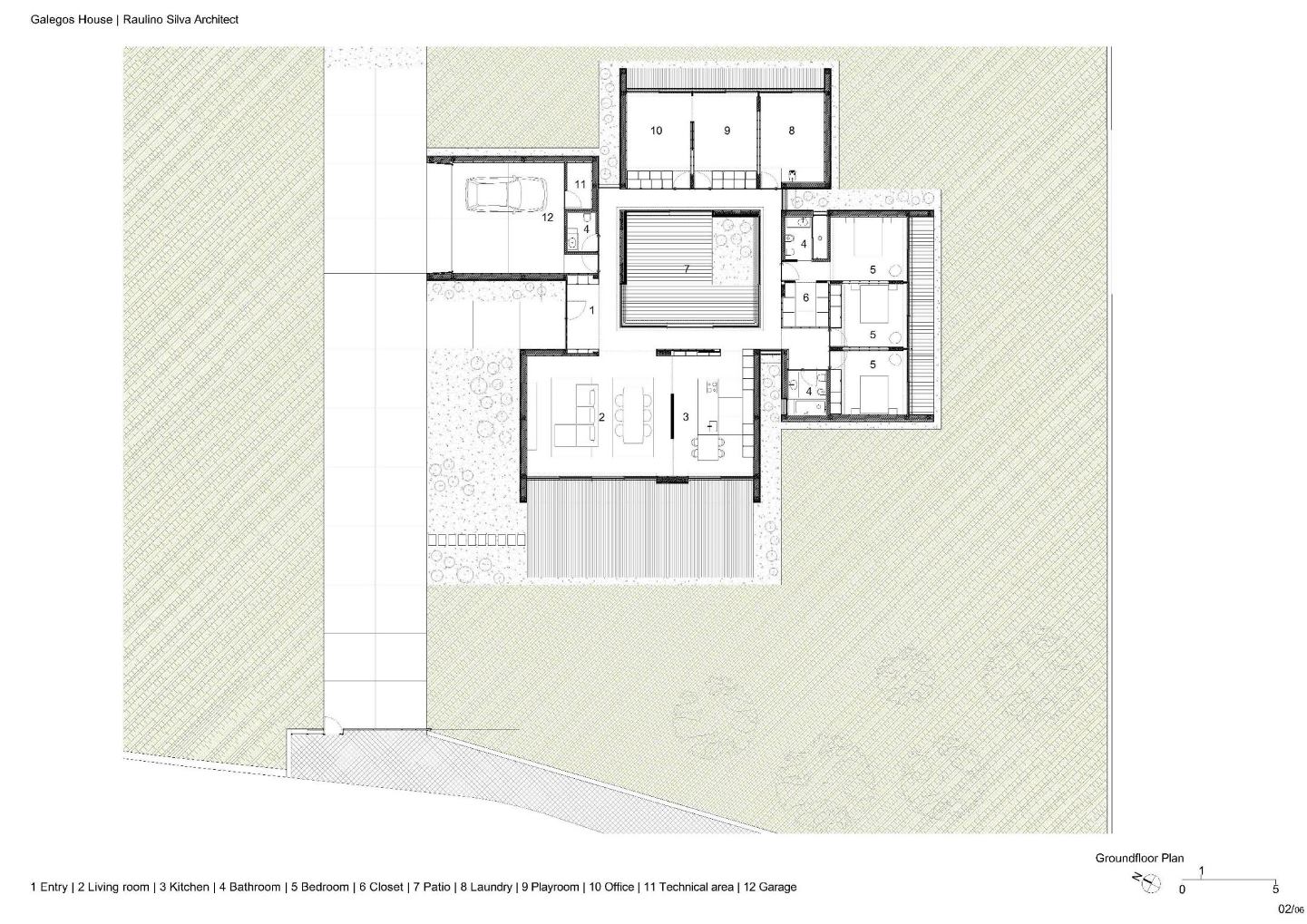 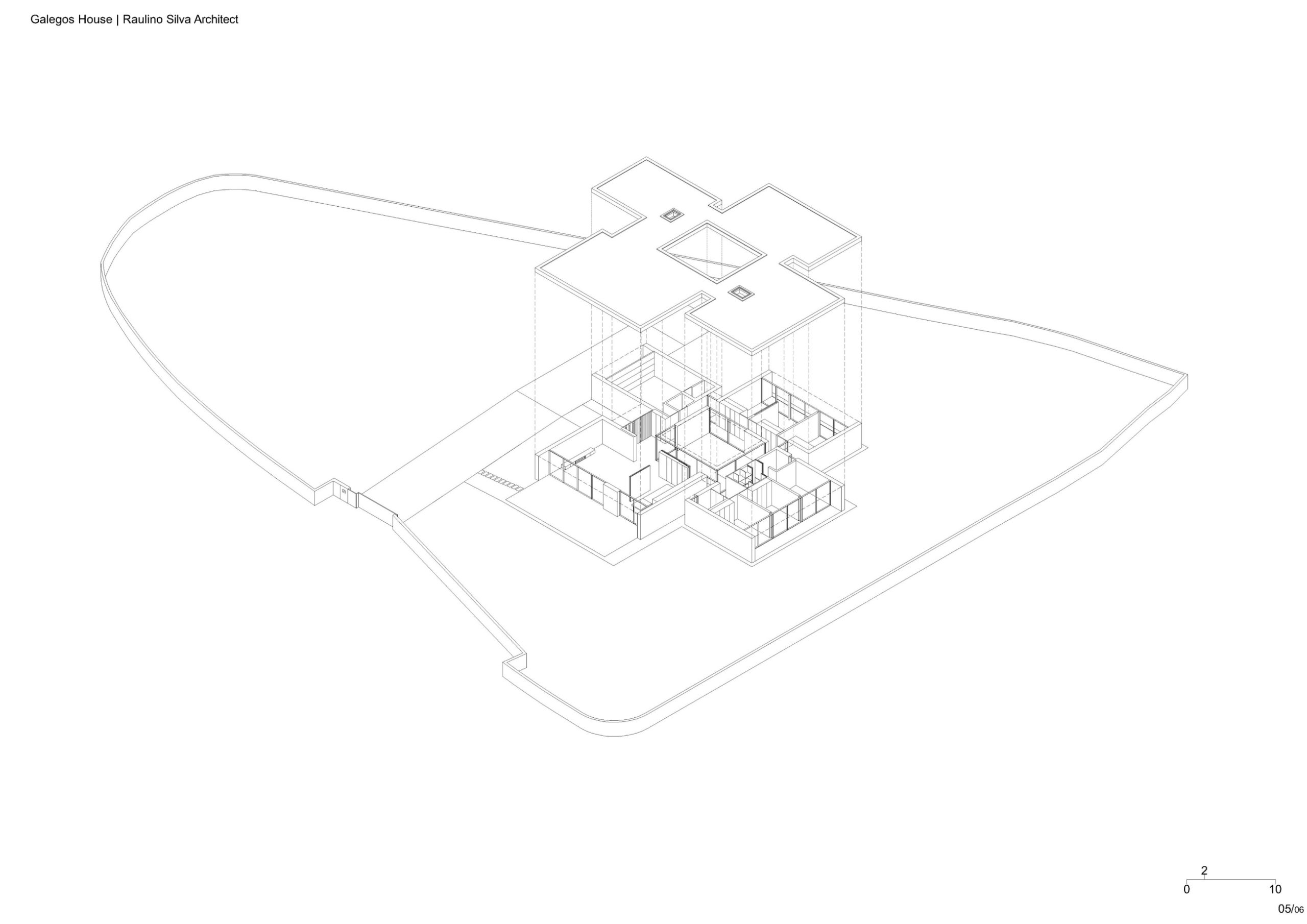 The single-family housing is located in Galegos de Santa Maria, Barcelos, a plot terrain with circa 4000 sqm. The building was implemented near of the corner of 1º Dezembro Street and Trás da Fonte Street, allowing the construction of another house on the remaining ground to the North.
The program is distributed over four independent volumes, interconnected by a central patio. All over the patio’s perimeter is created a corridor allowing the access and the relation between the different spaces of the house. The corridor and the patio are only separated by window frame and two walls built with granite stone of the existing ruin.
The main entrance, on the North façade, arises between the garage volume and the living-room and kitchen volume. The garage, with a technical area and the service toilet, face North. The living-room volume extends to the outside through a wood deck flooring, facing West.
The other two volumes face South and East, the first one is composed by three rooms, two bathrooms and a dressing area, and the second one have the laundry, the playing room and the office.
The volume openings to the outside are protected with porch zones, allowing to extend the interior areas to the garden and to protect the window frame and the exterior shading elements of the winds, rain and solar rays.
The access to the house, with dark grey concrete flooring, was created on the North side of the terrain to leave the best solar exposure for the garden.