Department of Radio and Television University of Silesia 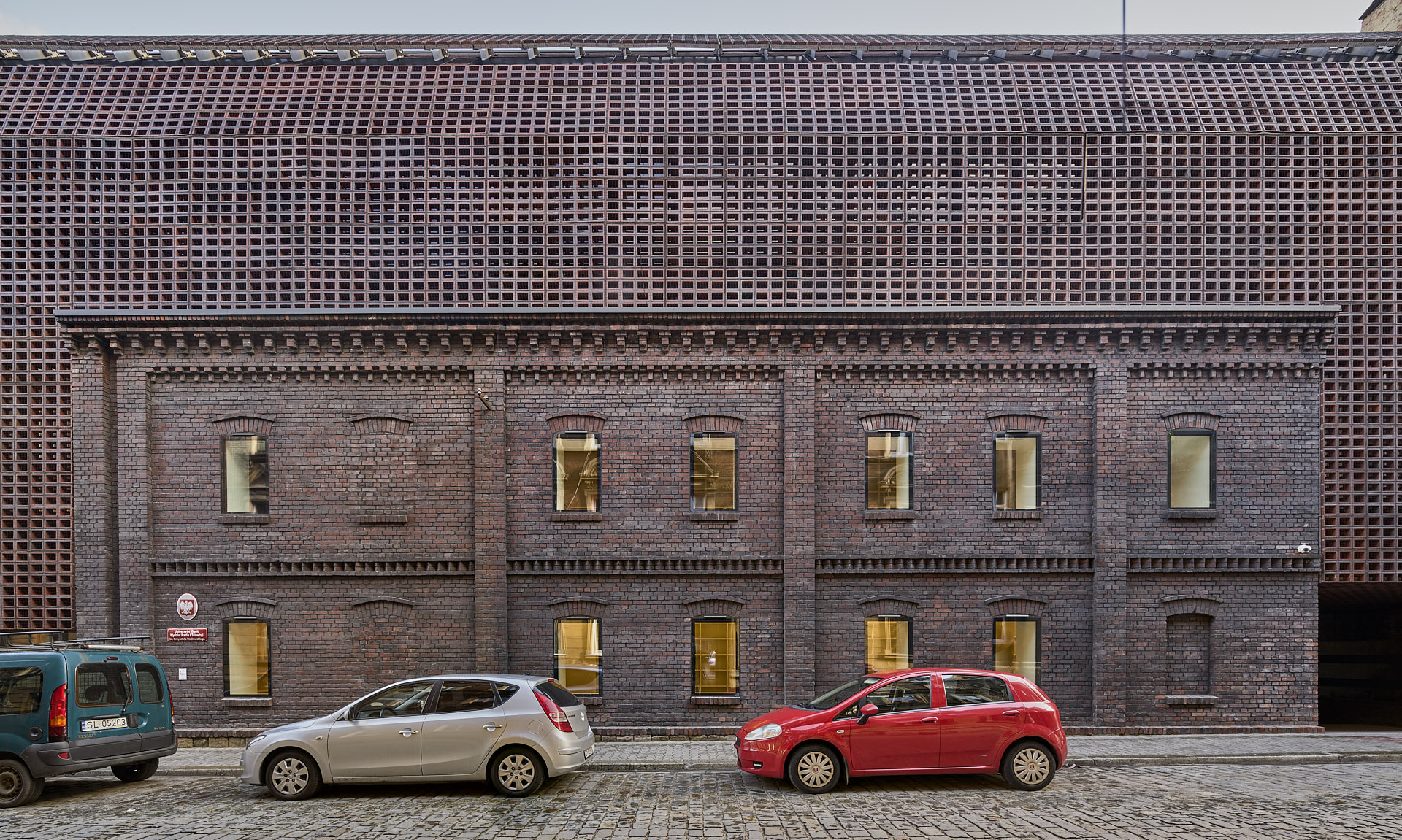 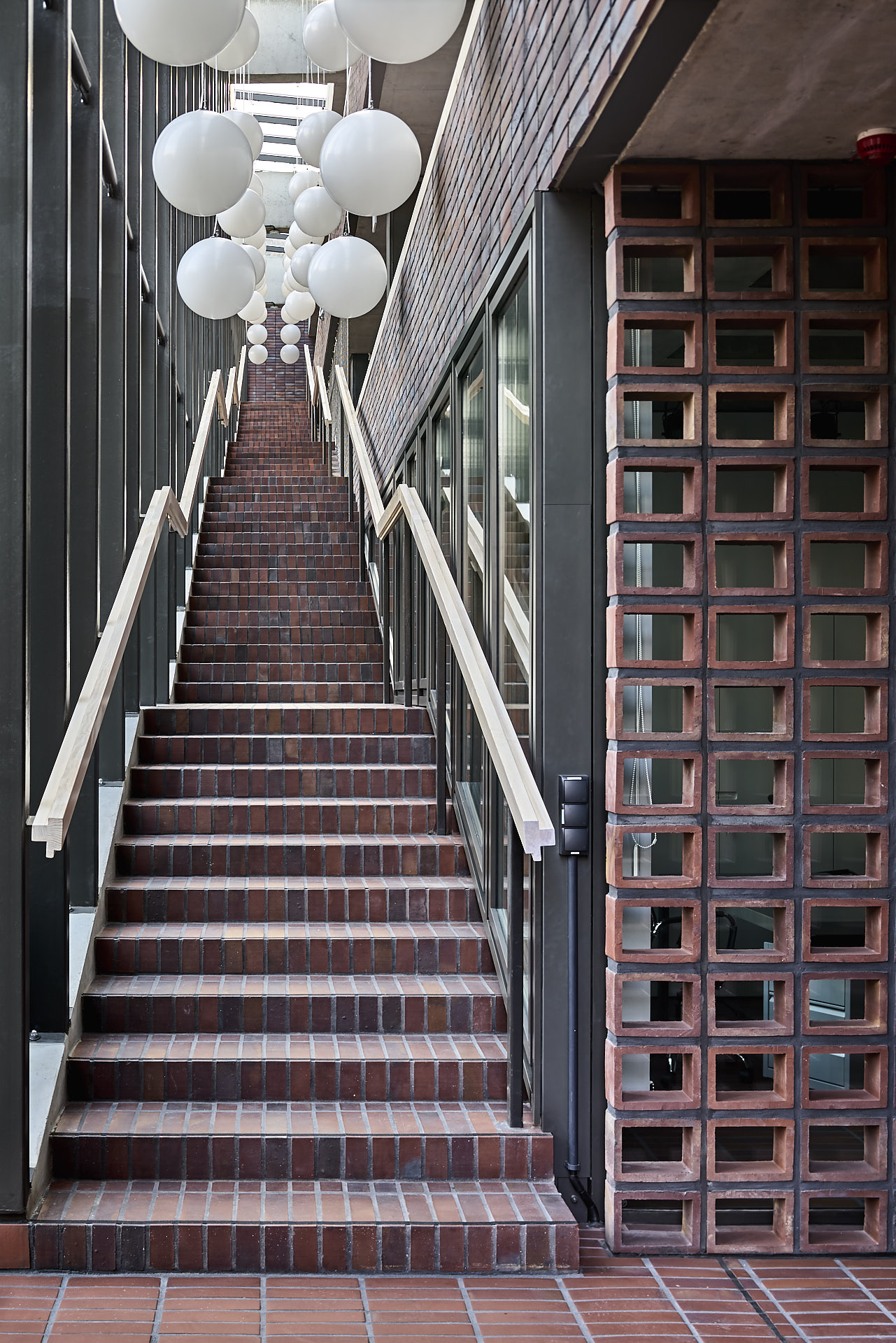 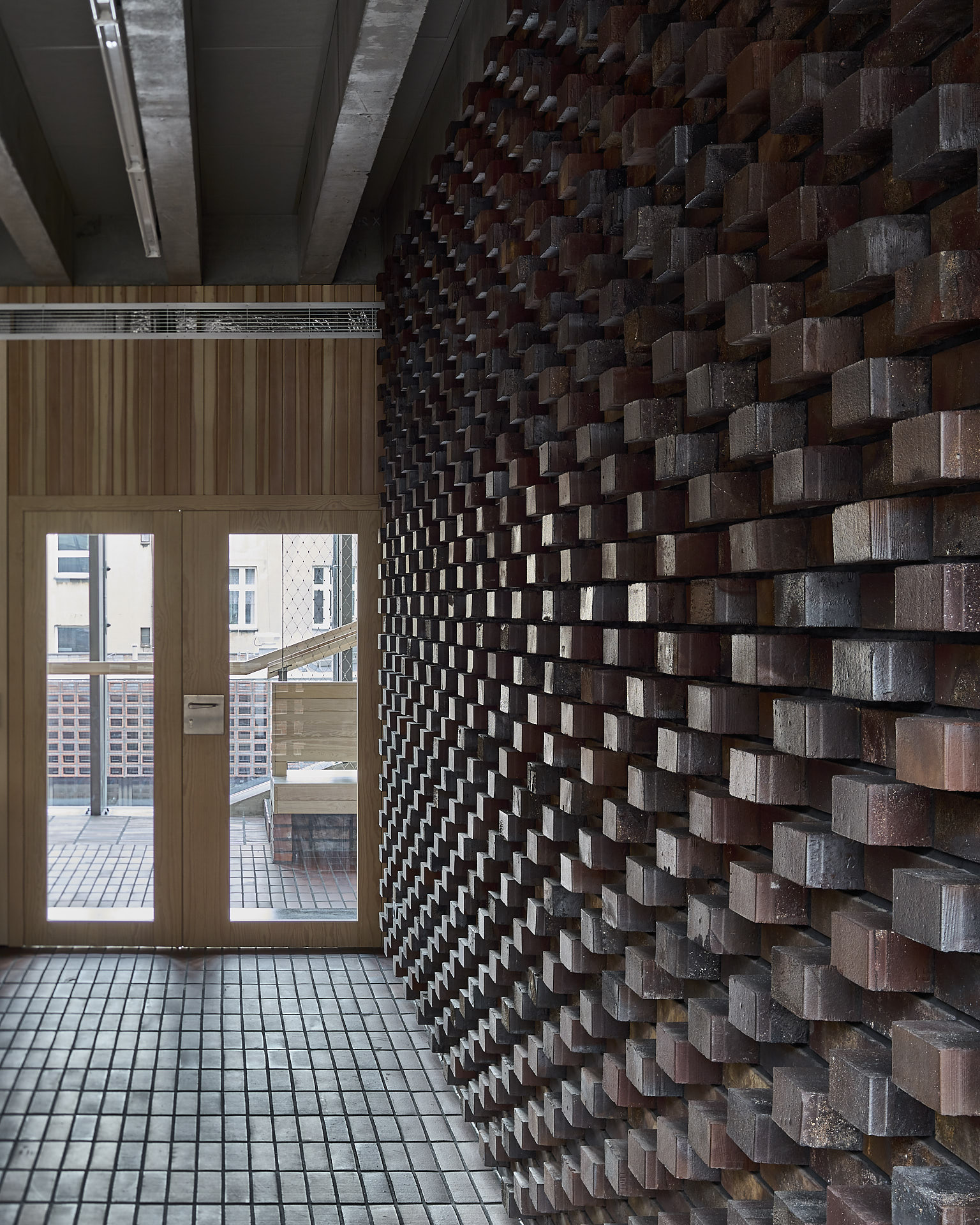 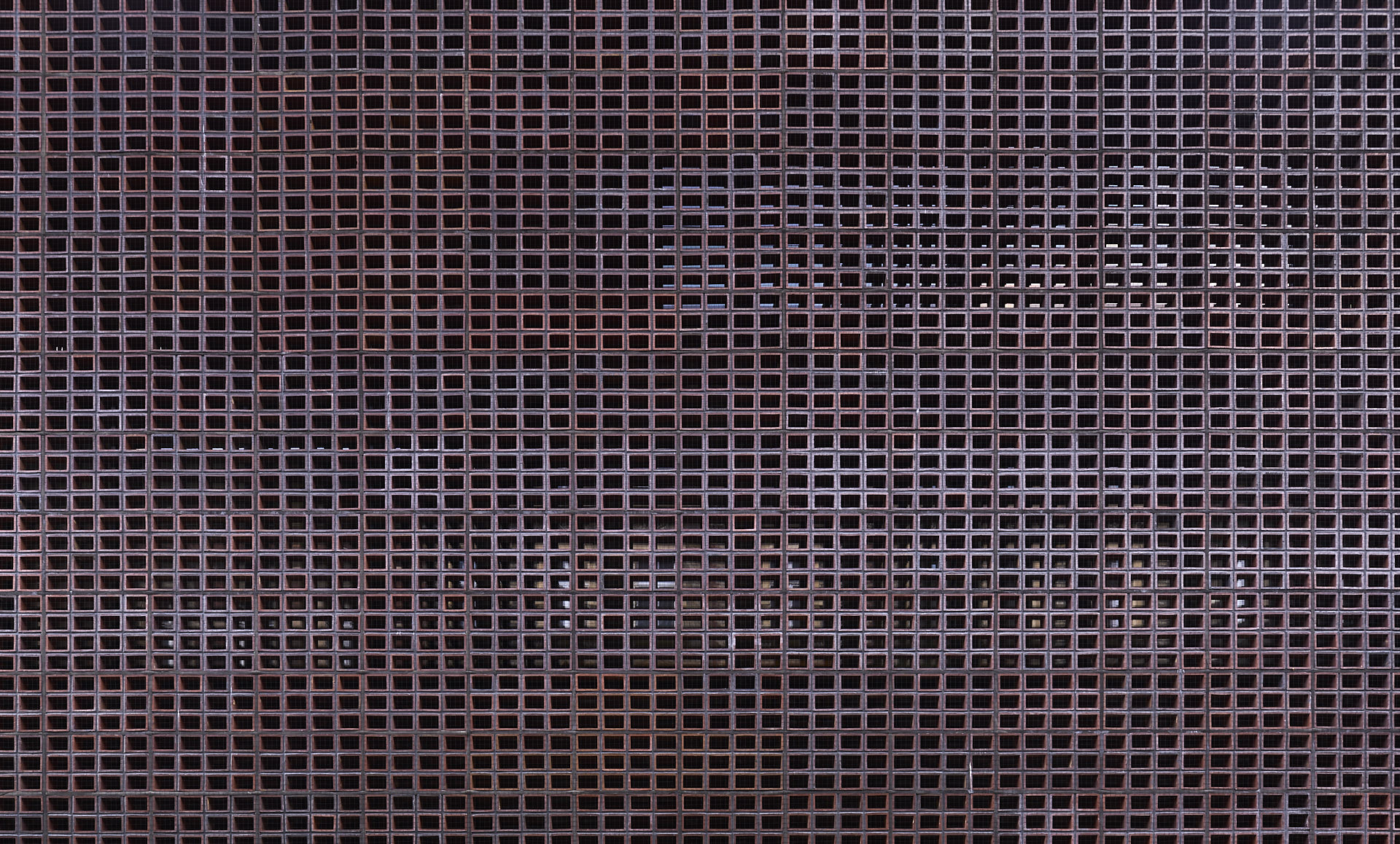 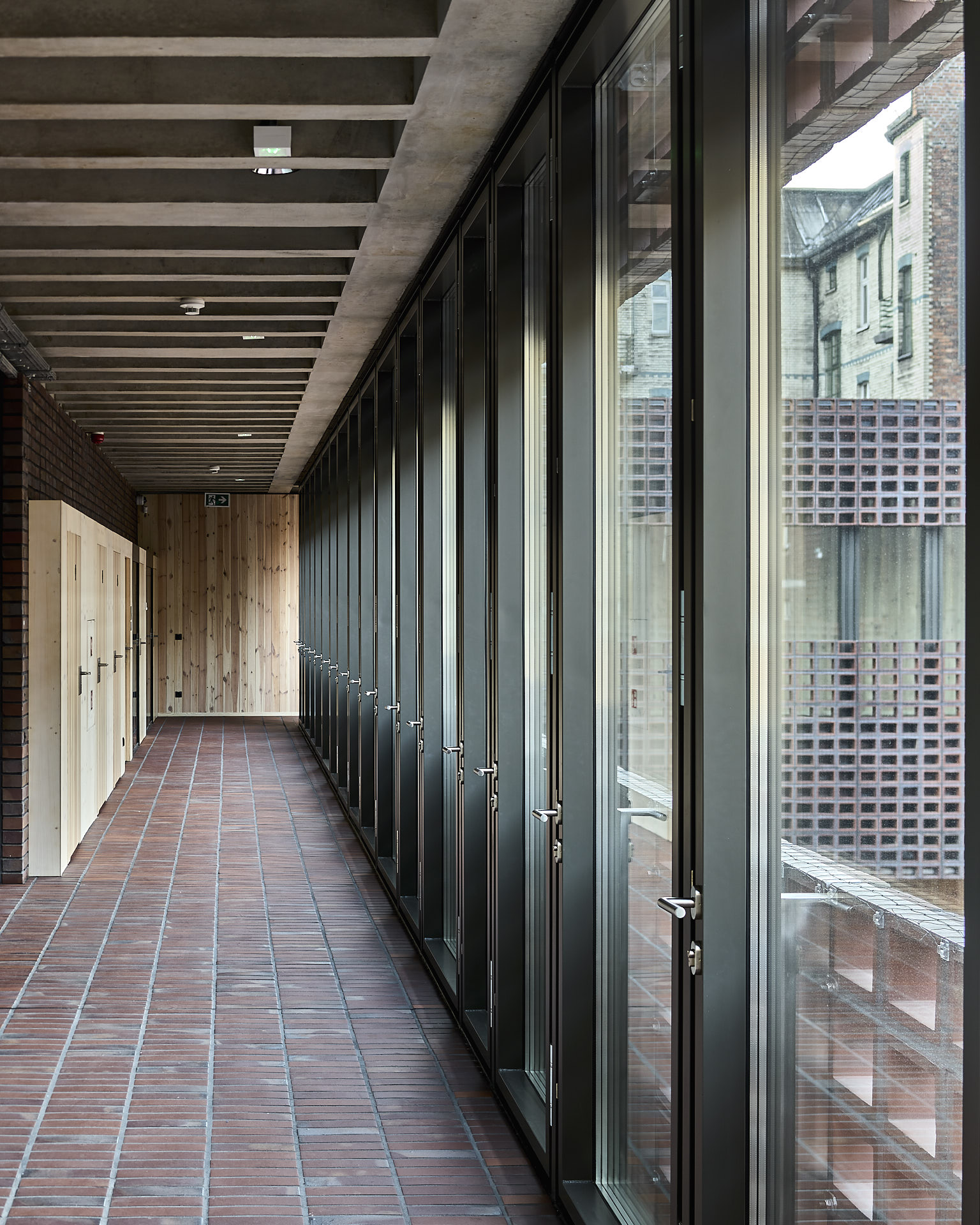 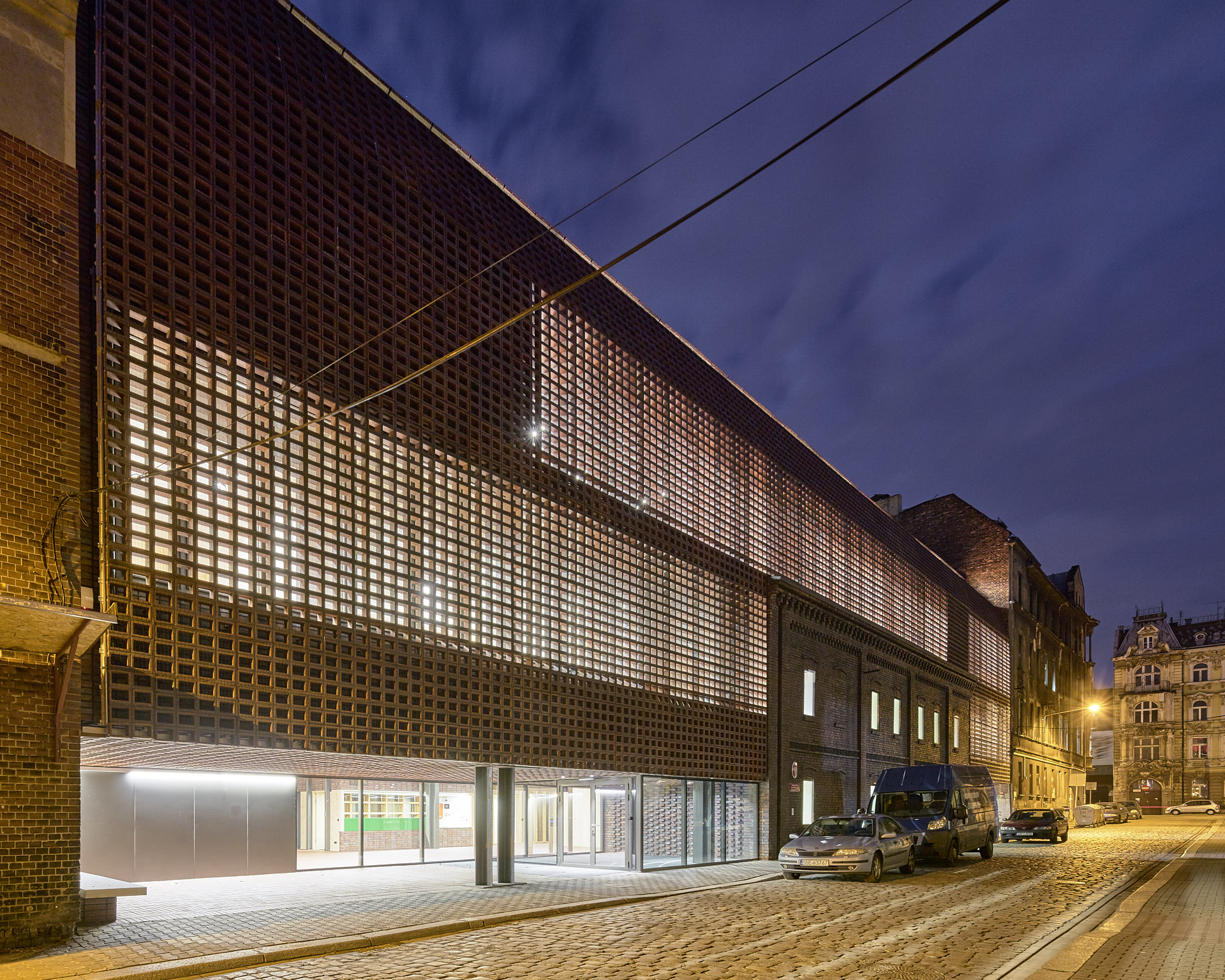 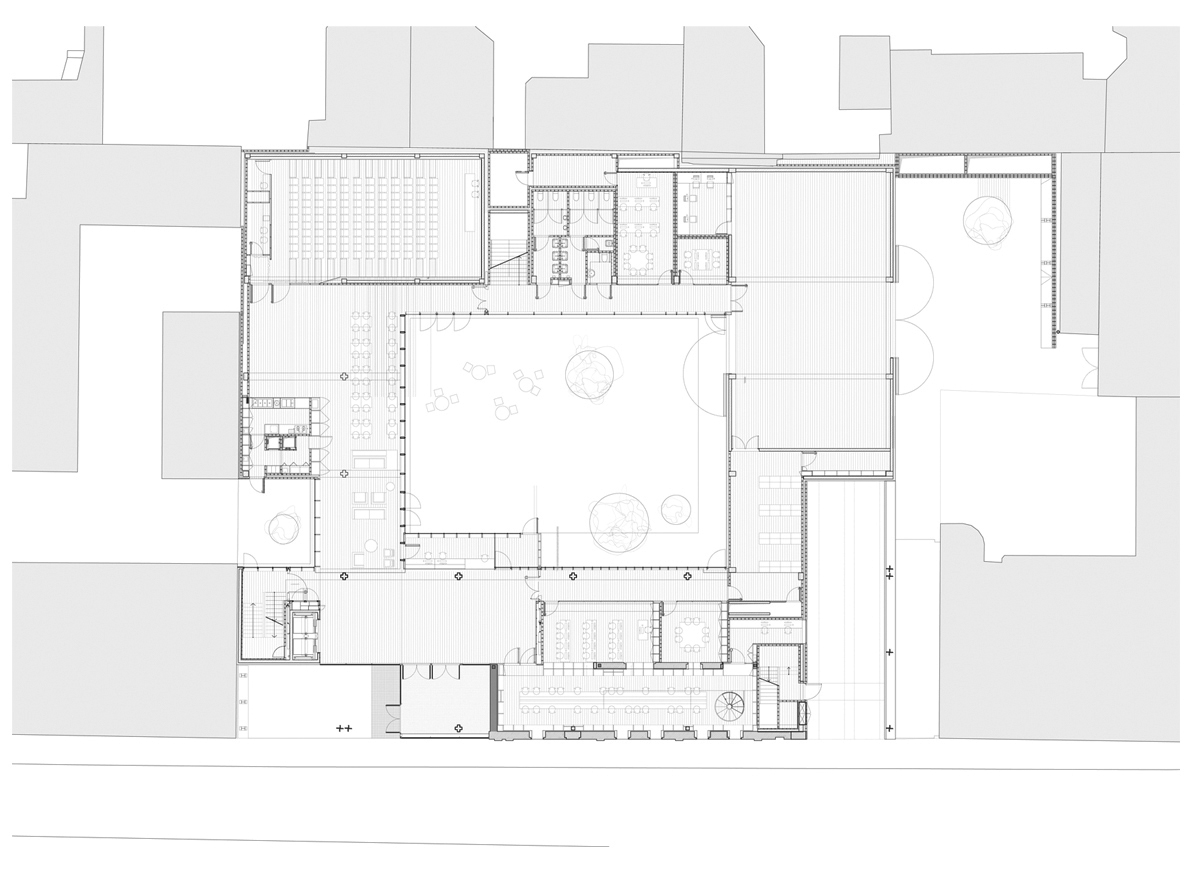 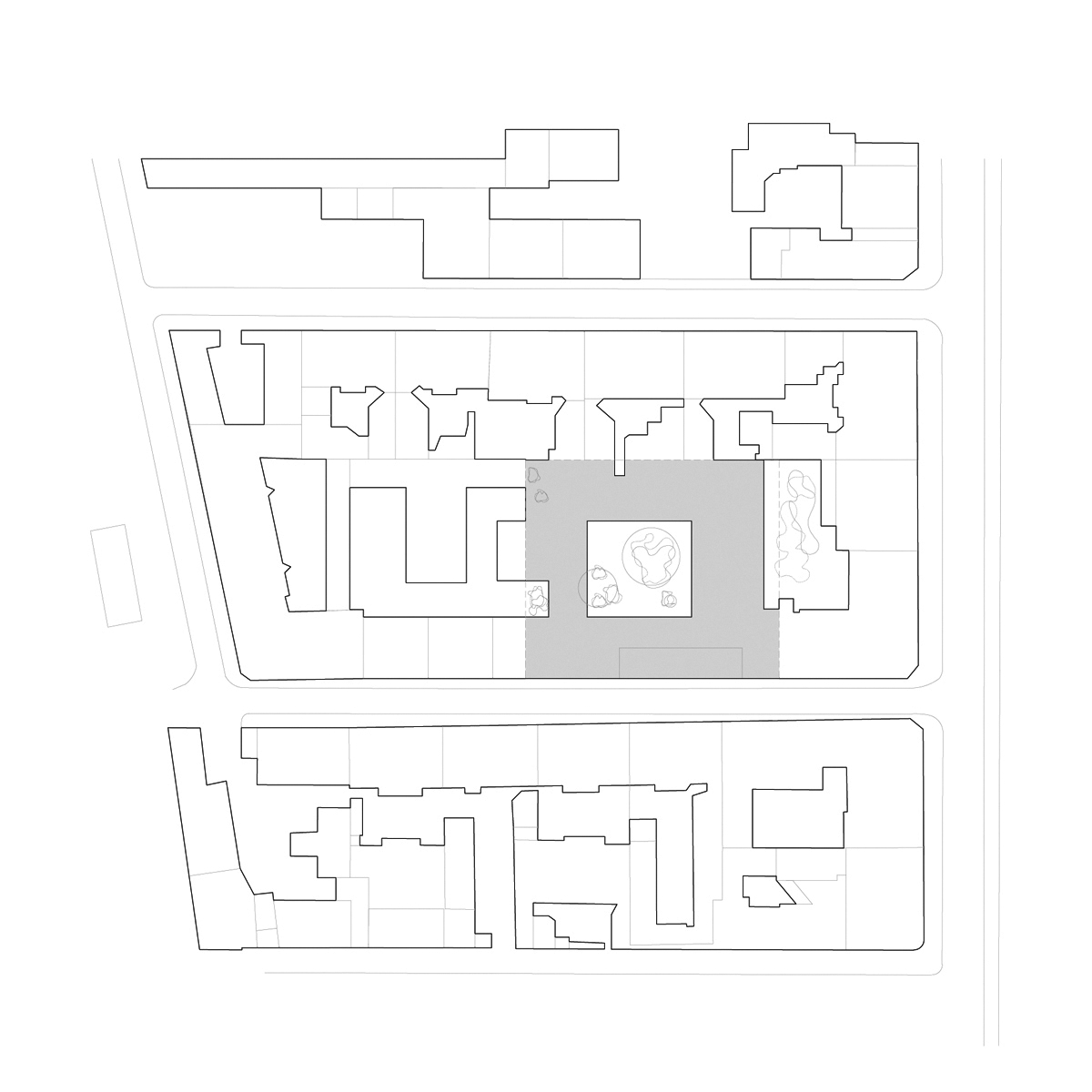 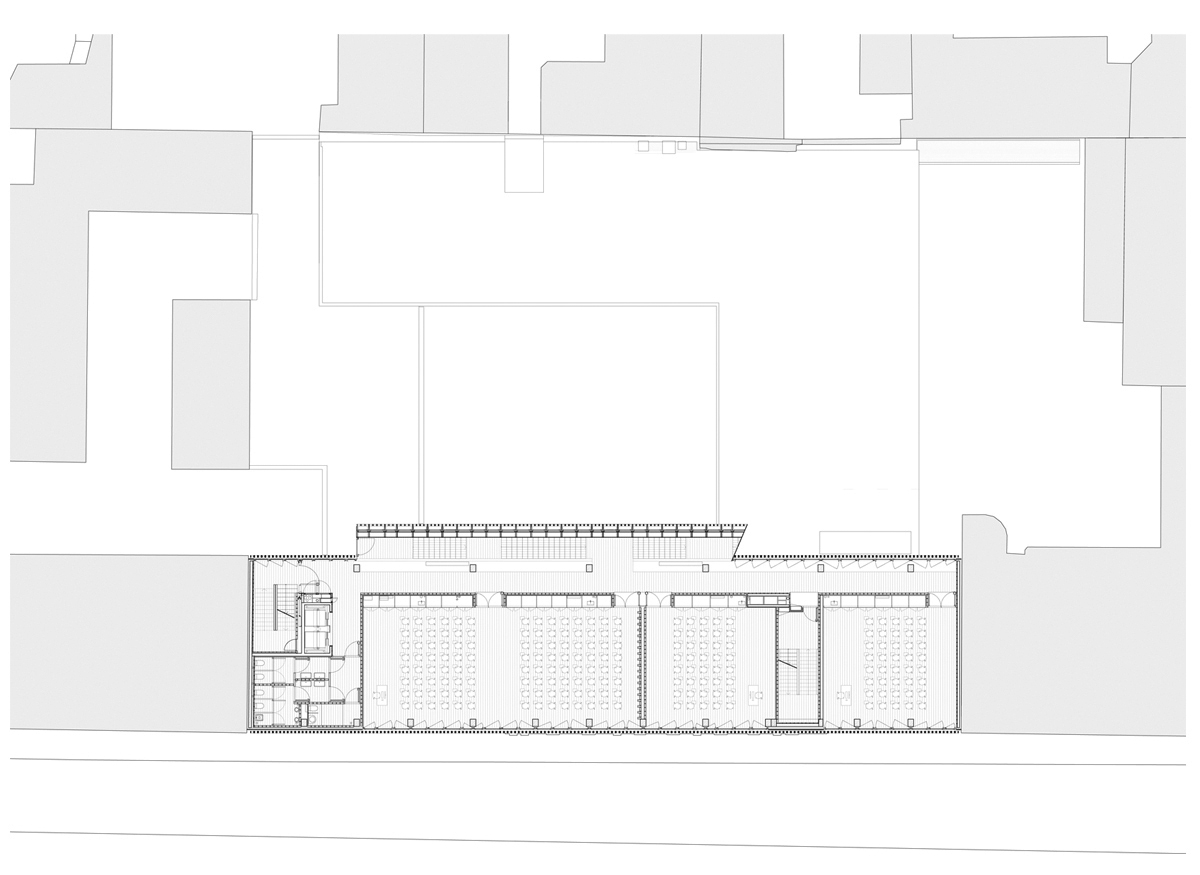 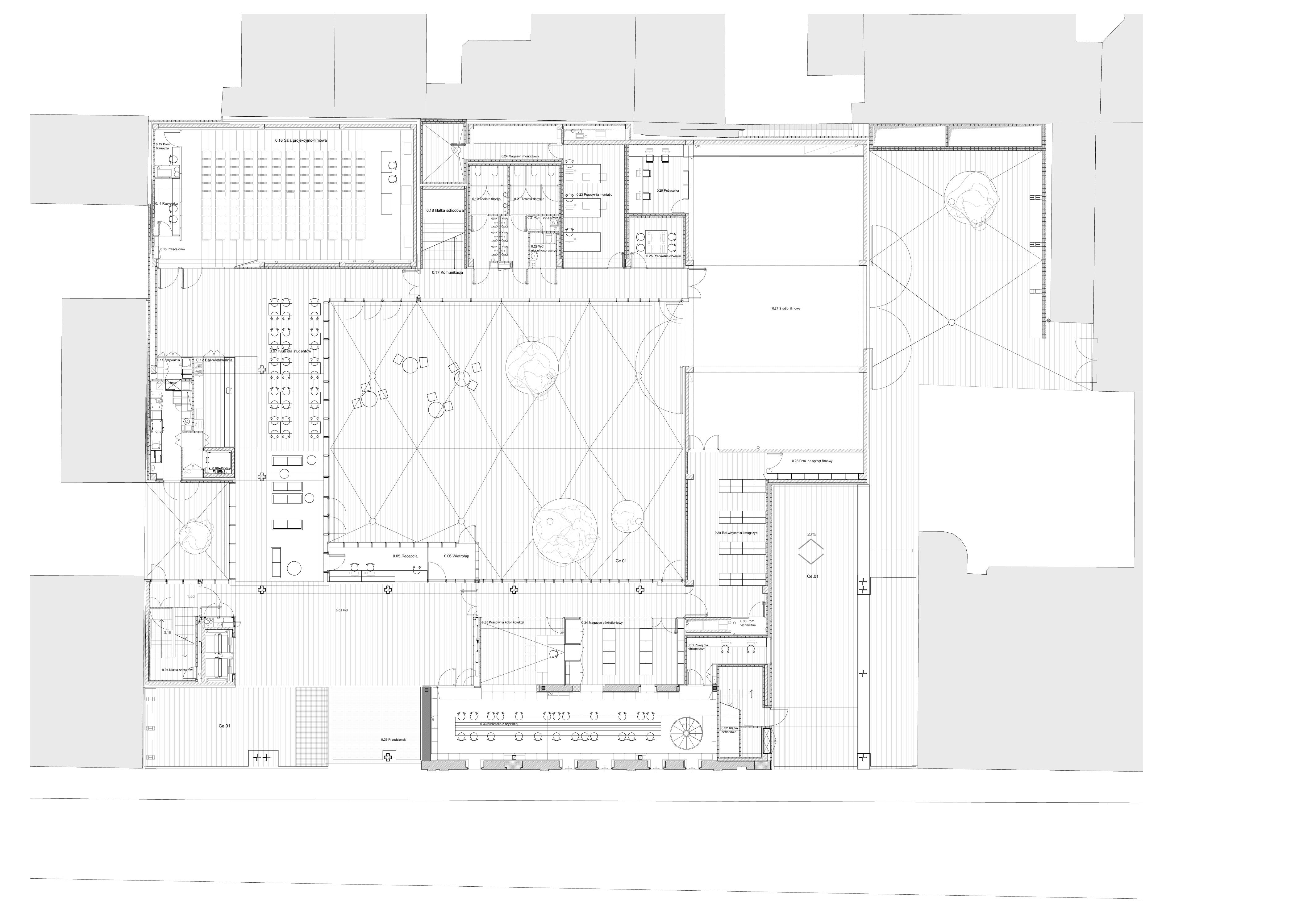 The building fills the block and the frontage of St. Paul’s Street in Katowice, matching the surrounding tenement houses in their bulk. Its trimmings and colour have been modelled on the example of humble Silesian multi-family coalminers housing located in the same plot, whose demolition had been suggested within the conditions of the architectural competition. Basic design assumption included the preservation and integration of the remaining building into a newly-designed edifice of the Faculty of Radio and Television in Katowice. Its new façade has been subtly embedded into the street’s frontage by reiterating the shape of the neighbouring garret and designed using similar ceramics to that in the older building, thus retaining the link with the ancient building materials.
The façades made up of hundreds of small openwork ceramic profiles constitute the very essence of the design’s main idea, namely a modern European interpretation of the unique character of traditional Silesian housing. External openwork serves as a kind of a “net curtain” – a screen that has been put onto the building. This is an offshoot of the Iberian approach to the façade design understood mainly as a veneer – a way of protecting buildings from the sun. Here, this idea has been translated into the poetics of local architecture, reality and ambience. As a result, details of the façade had been evolving throughout the designing process. Competition visualizations showed bricks laid alternately with empty spaces. At the designing stage a decision was made to use perforated profiles – ceramic blocks that would let through more sunlight.
Ceramics is consistently present in almost all parts of the building, not just in the façades, but mostly inside, constituting the basic stylistic connection. Bricks had been burned at different periods, in one of the last coal-fuelled kilns in Europe, nuanced with dark sintering and slightly diverse colouring. The ceramic texture penetrates deep into

The Authors’ aim was not to create an iconic structure, but to complement a particular fragment of the city. They needed to analyse what already existed, discover why it was so special and then lend it a unique atmosphere and personality. In this case new architecture was supposed to become a background that would naturally add a finishing touch to the already existing urban space. A clear connection between the area at the entrance to the building and the internal patio causes the street to fuse into the building and the university to go out into the street. The main entrance also serves as the gateway directing traffic around the atrium and between the floors. The internal patio sits next to the backyards and extensions of the old tenement houses, making them public and accessible. The linear stairway visible from the patio traverses the whole height of the building, offering students areas to meet up after classes. Thanks to the clarity of its design all movement can be observed from the patio, as if one was looking at a film set with filled with extras.
The biggest challenge for the designers was acknowledging the beauty of the damaged ancient fabric, a silent witness of its history, and inviting it to co-create new space, be it through its incorporation into the new building or opening up the views and glazed surfaces towards interior courtyards and outhouses of the neighbouring buildings.