A Place To Perceive 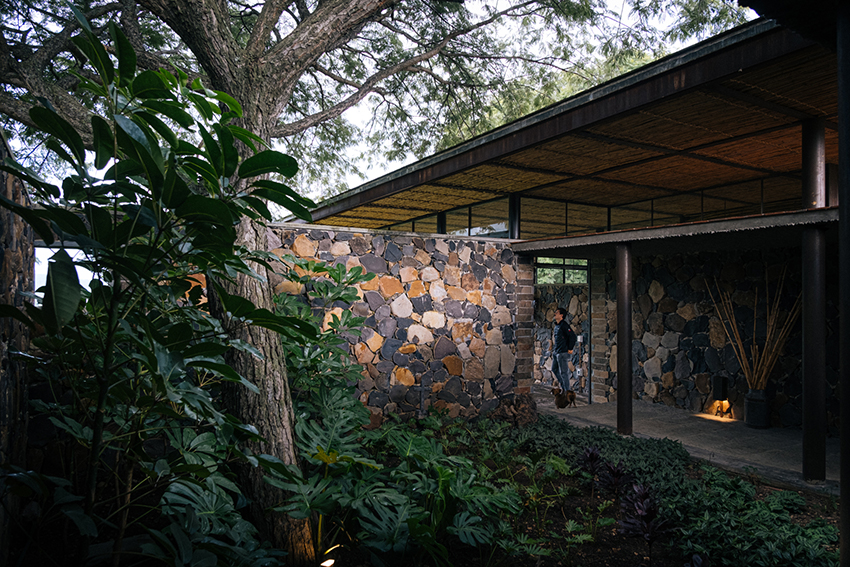 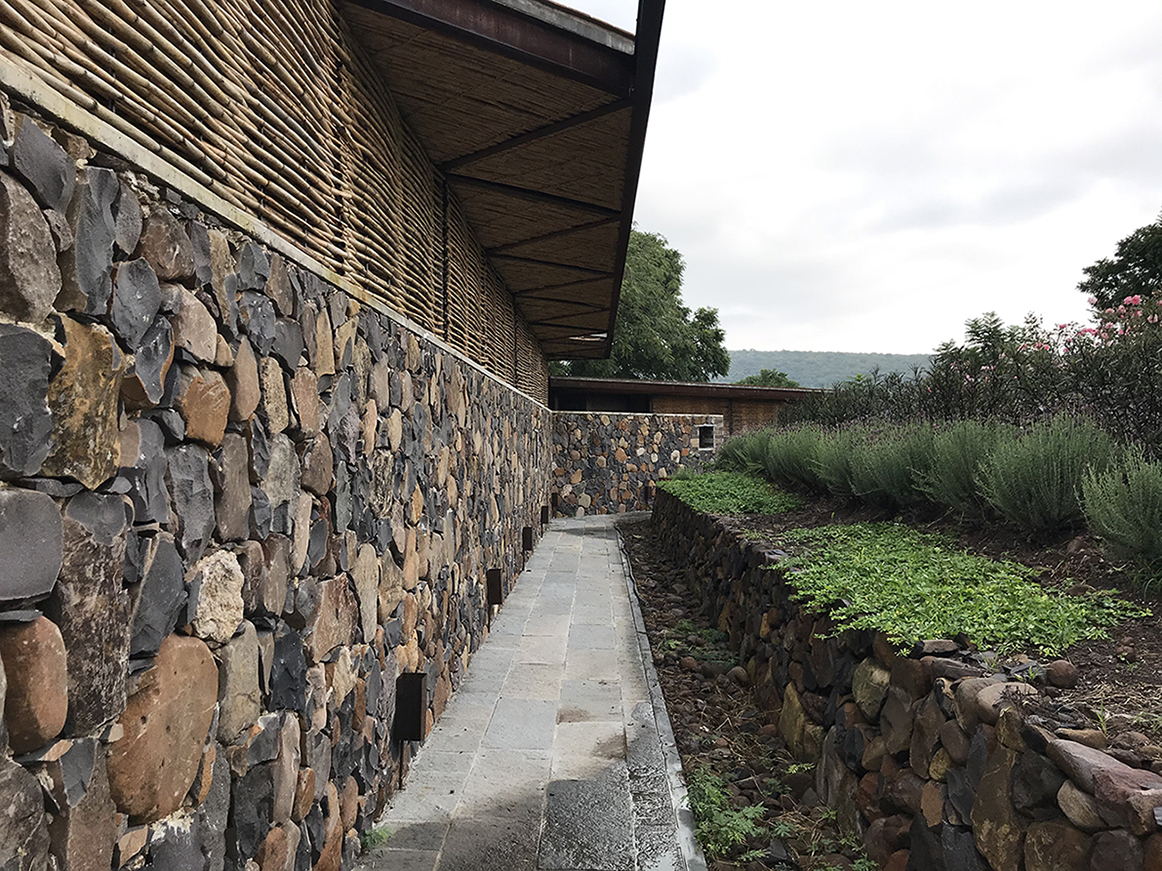 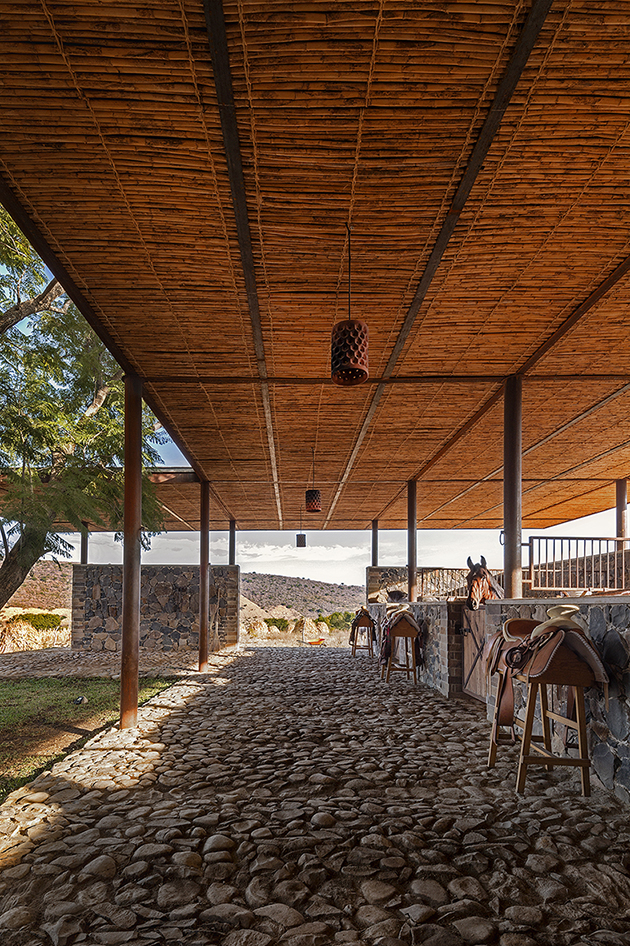 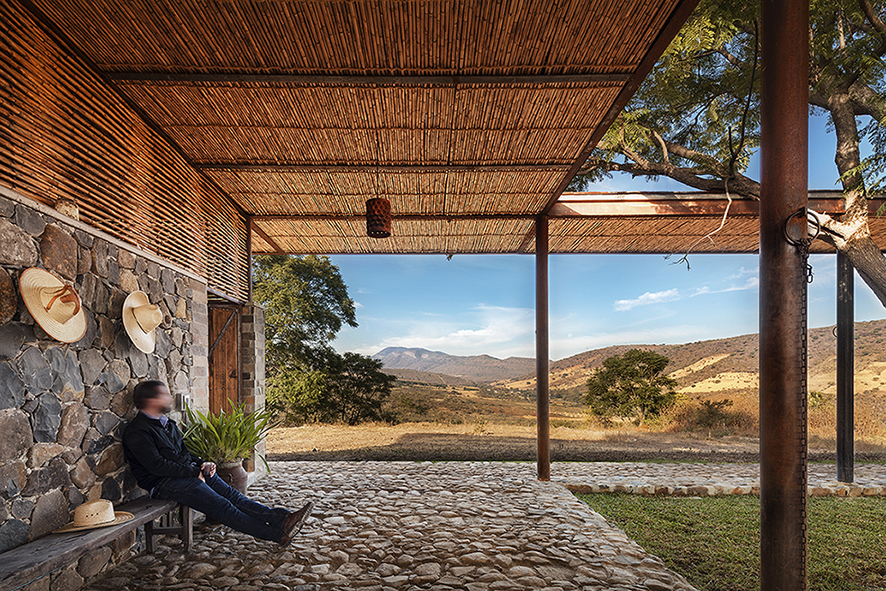 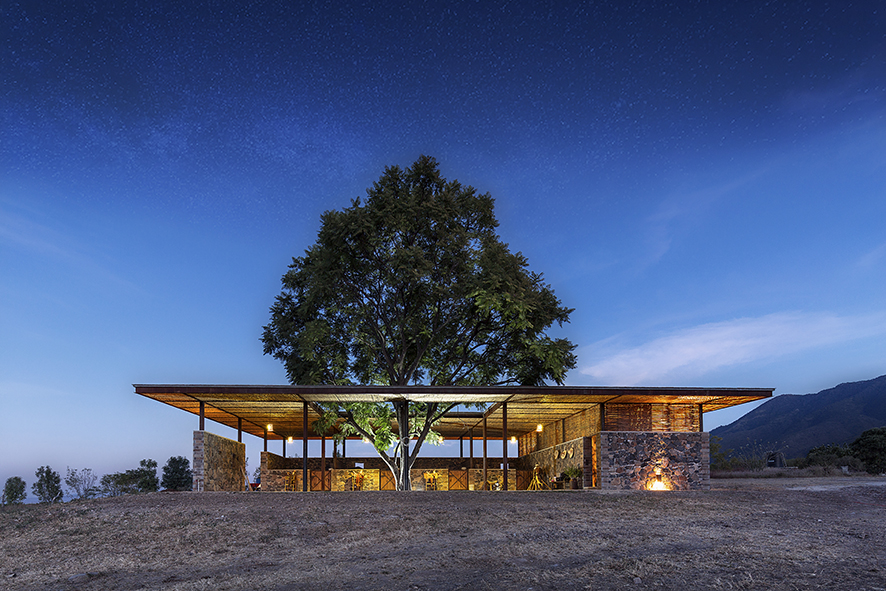 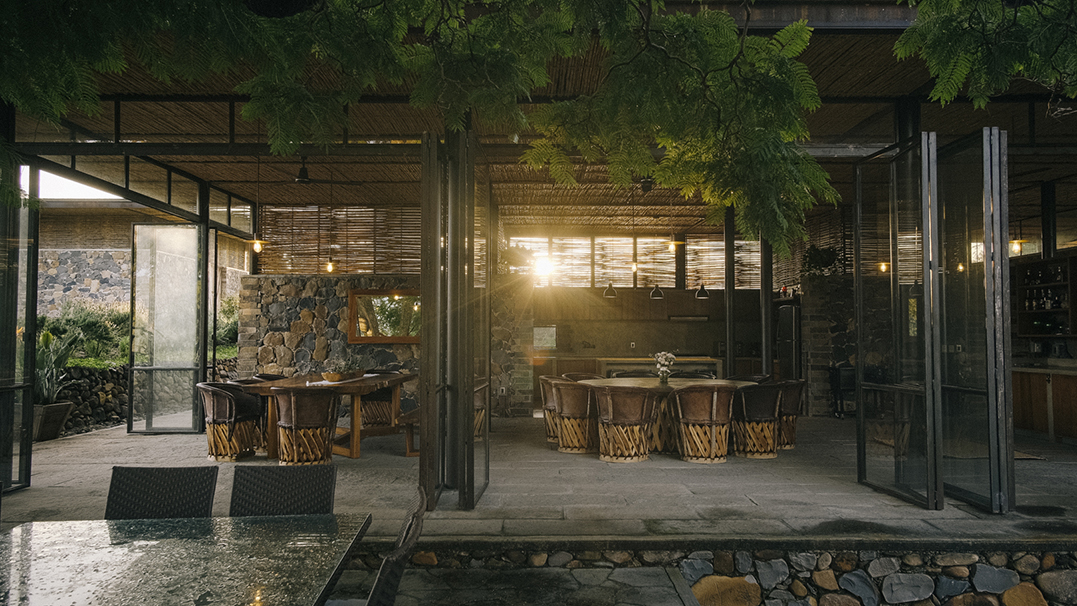 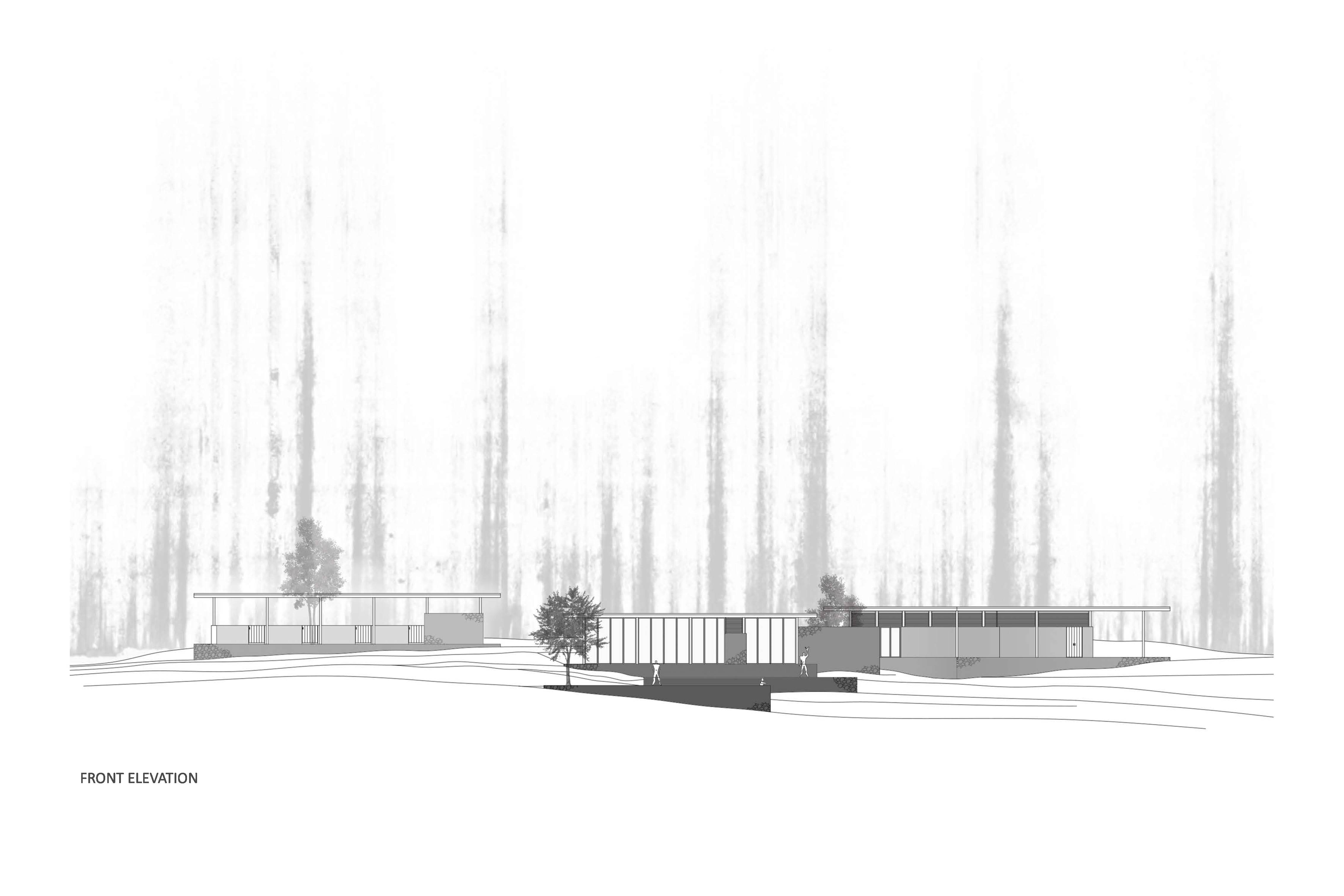 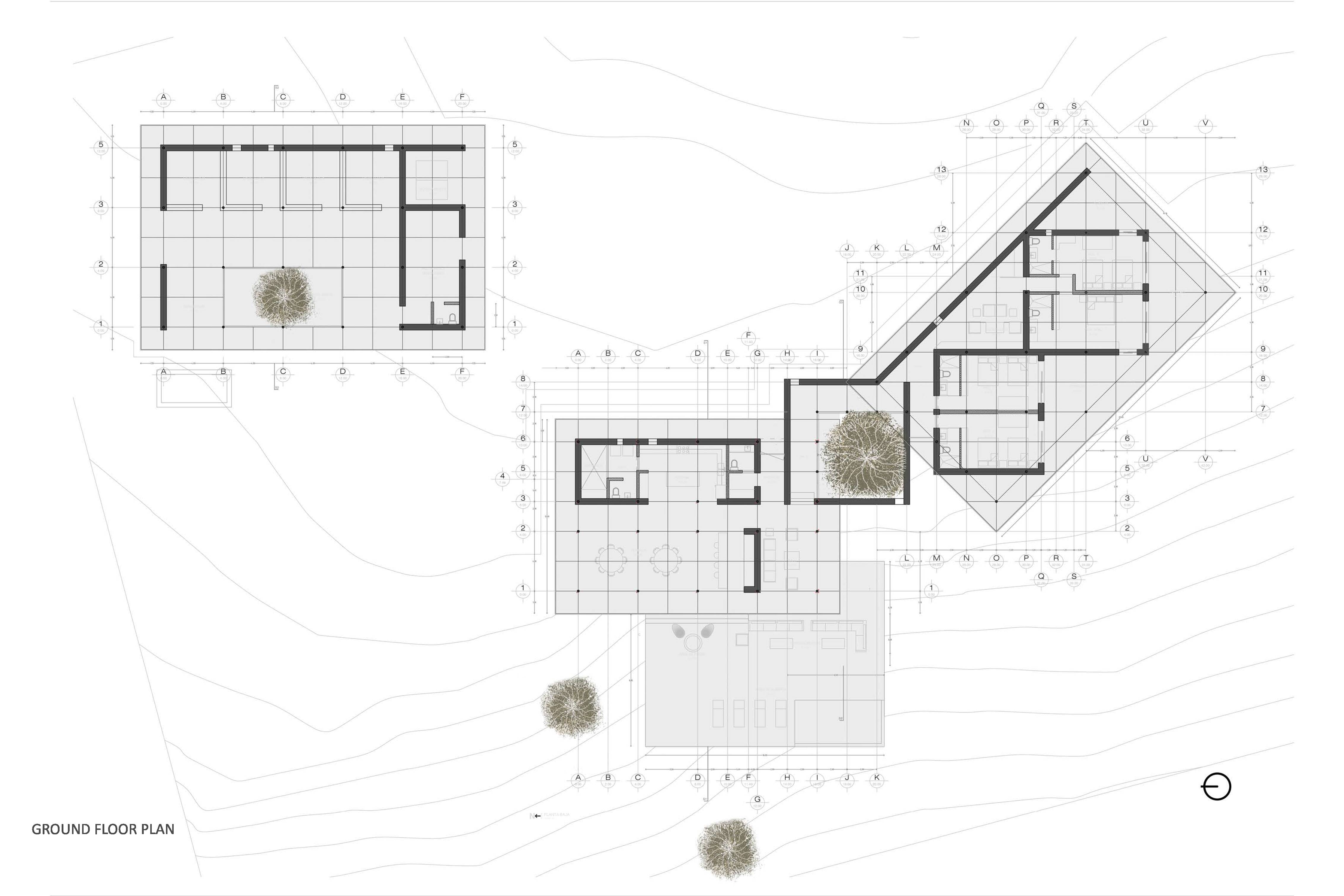 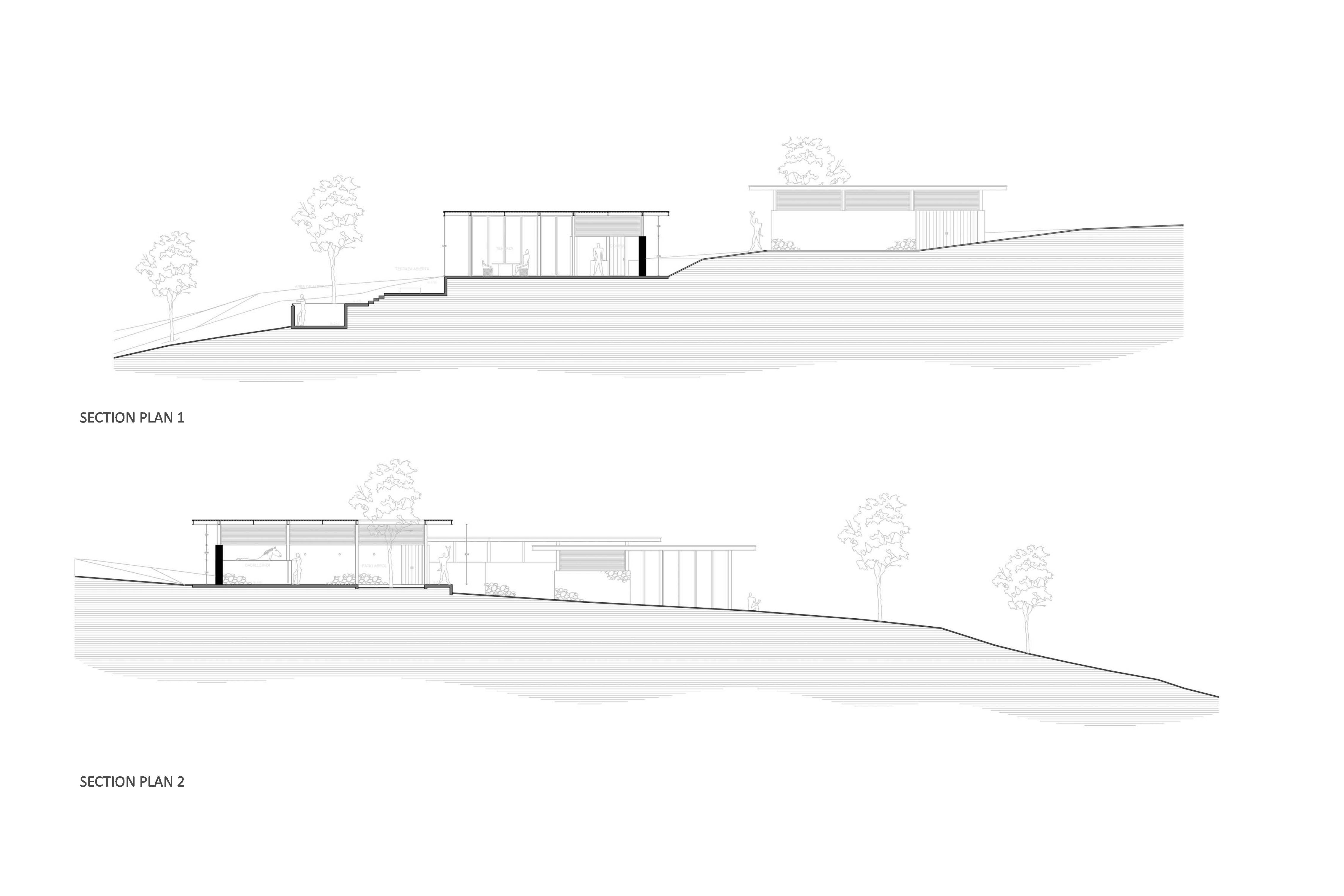 The project is located in a hillside called “El Divisadero,” best understood as a place to perceive and best known for its spectacular view to the west to the third largest hill in Jalisco, Cerro Viejo . Such view was a fundamental guideline for the creation of the project.

The project is composed by three principal areas: the private, the social and the stables. These areas form three rectangular volumes located between three large trees originally found in the site: two Jacarandas’(Jacaranda mimosifolia) , and one Tepehuaje (Lysiloma acapulcense) . The stables and the social area are separated but oriented towards the main view , Cerro Viejo, whilst the private area is rotated to the southwest for more privacy and to benefit from another hillside view.

Due to the sunning orientation and the amount of stone naturally found in situ, we opt for a design based on stonewalls and a steel column forest that hold the extensive flat roof which creates enough shadow . The heavyweight sensation evoked by the stonewalls counteract with the lightness of the flat roofs, which are high enough to allow the wind to flow through the house.

The main purpose of the project is to add more value to the site than to the house itself.

We choose the category of personal place because we believe that it is where you know the intimacy of the person and how they inhabit the space.