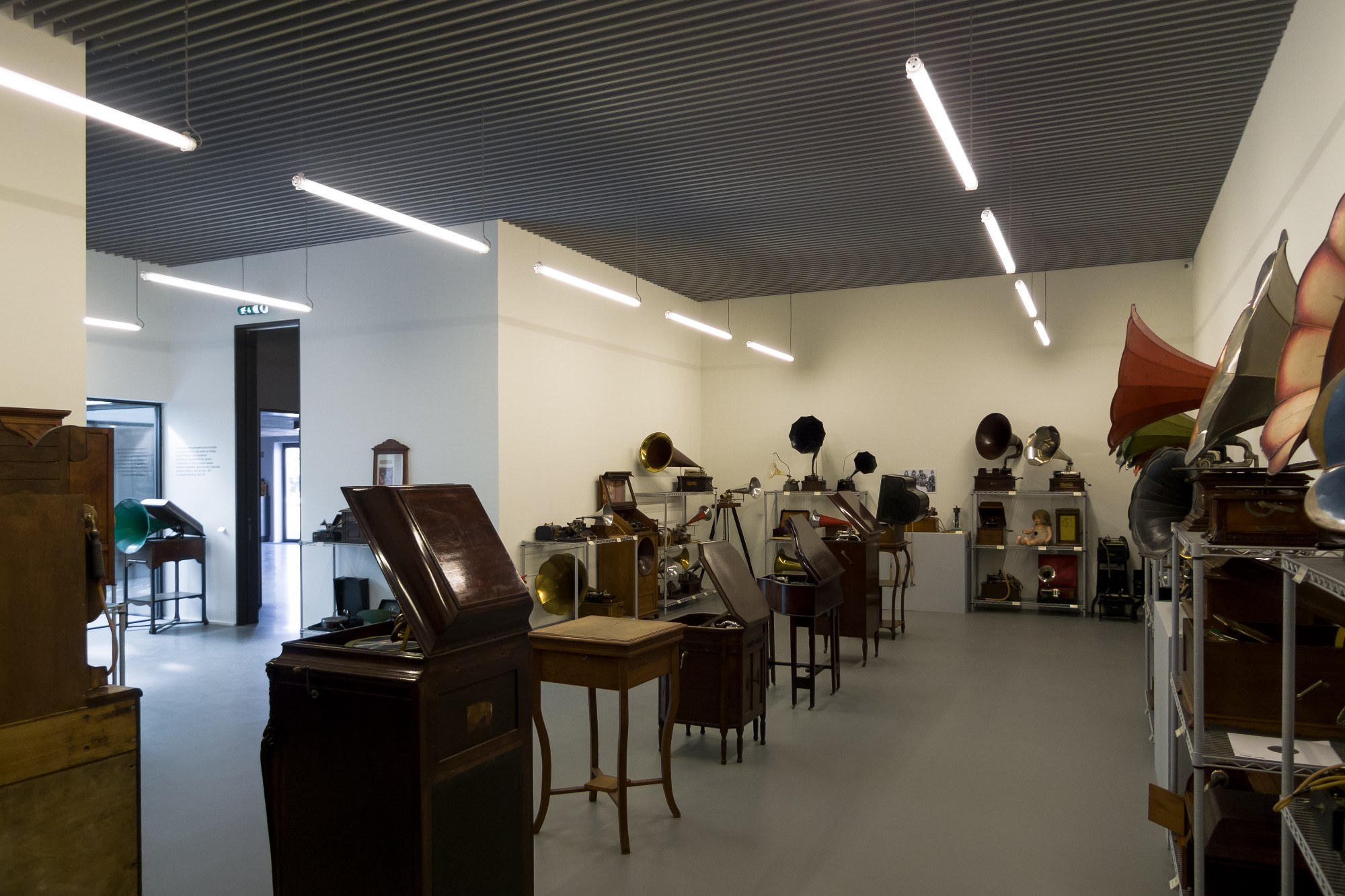 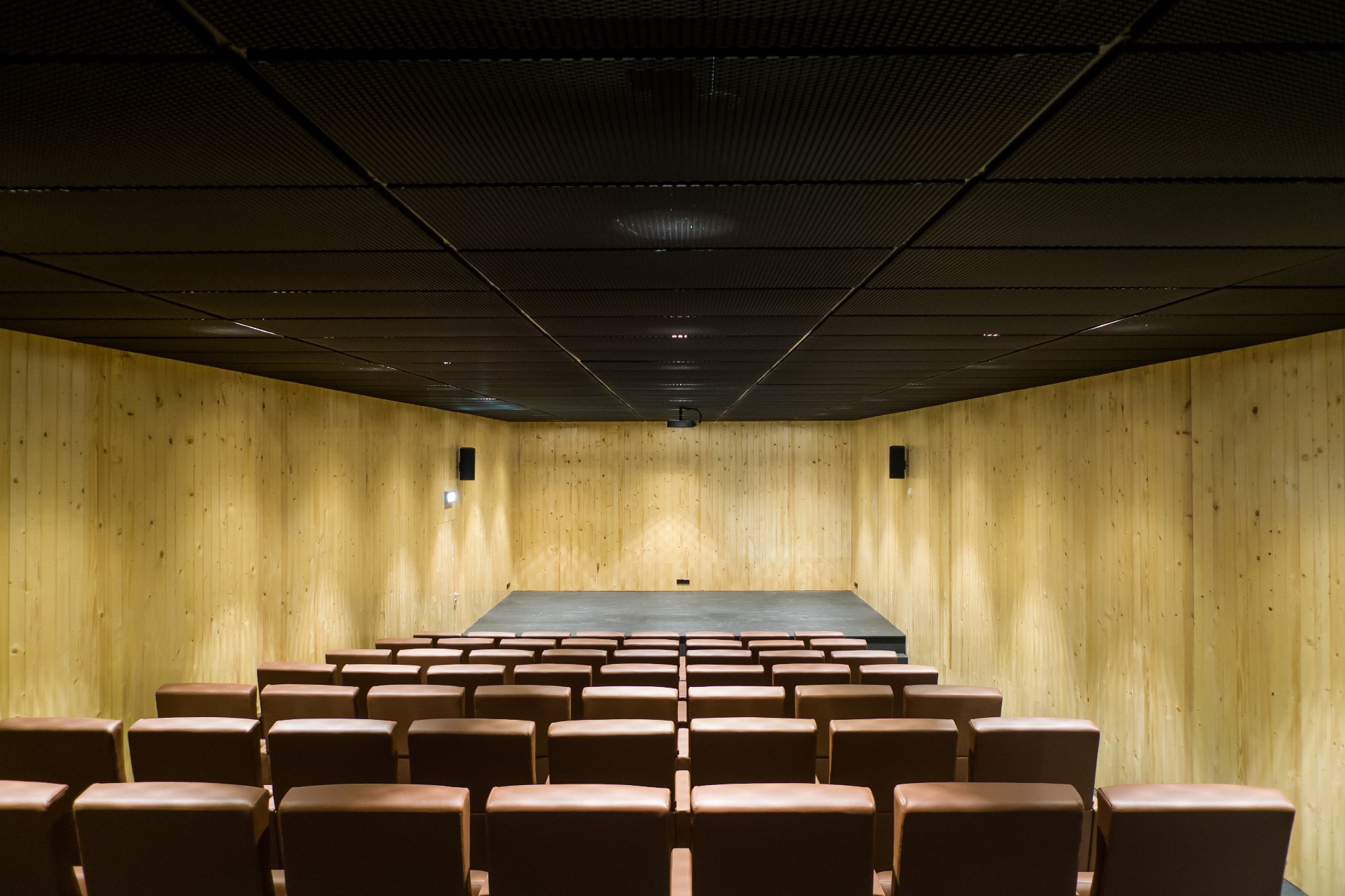 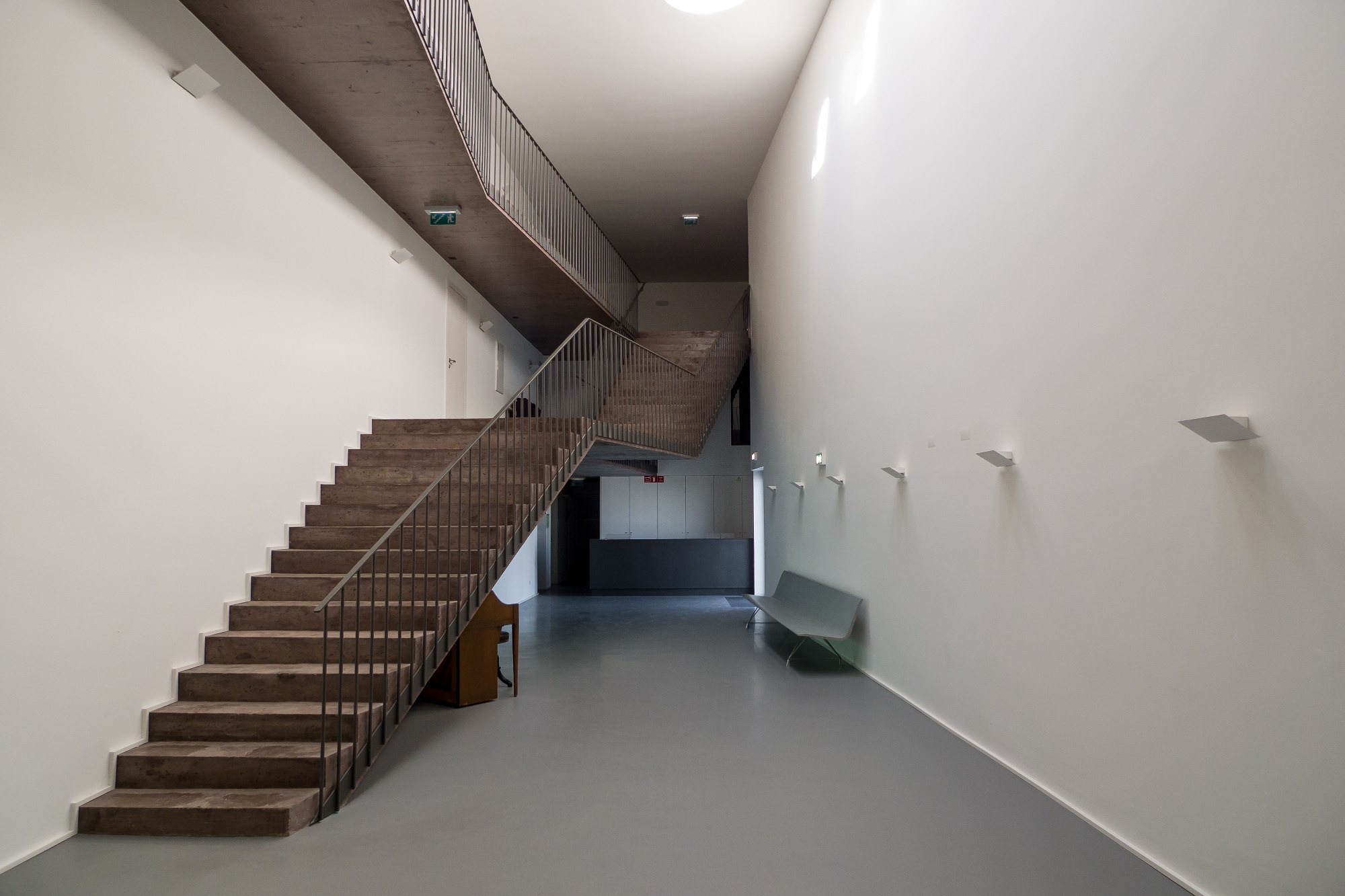 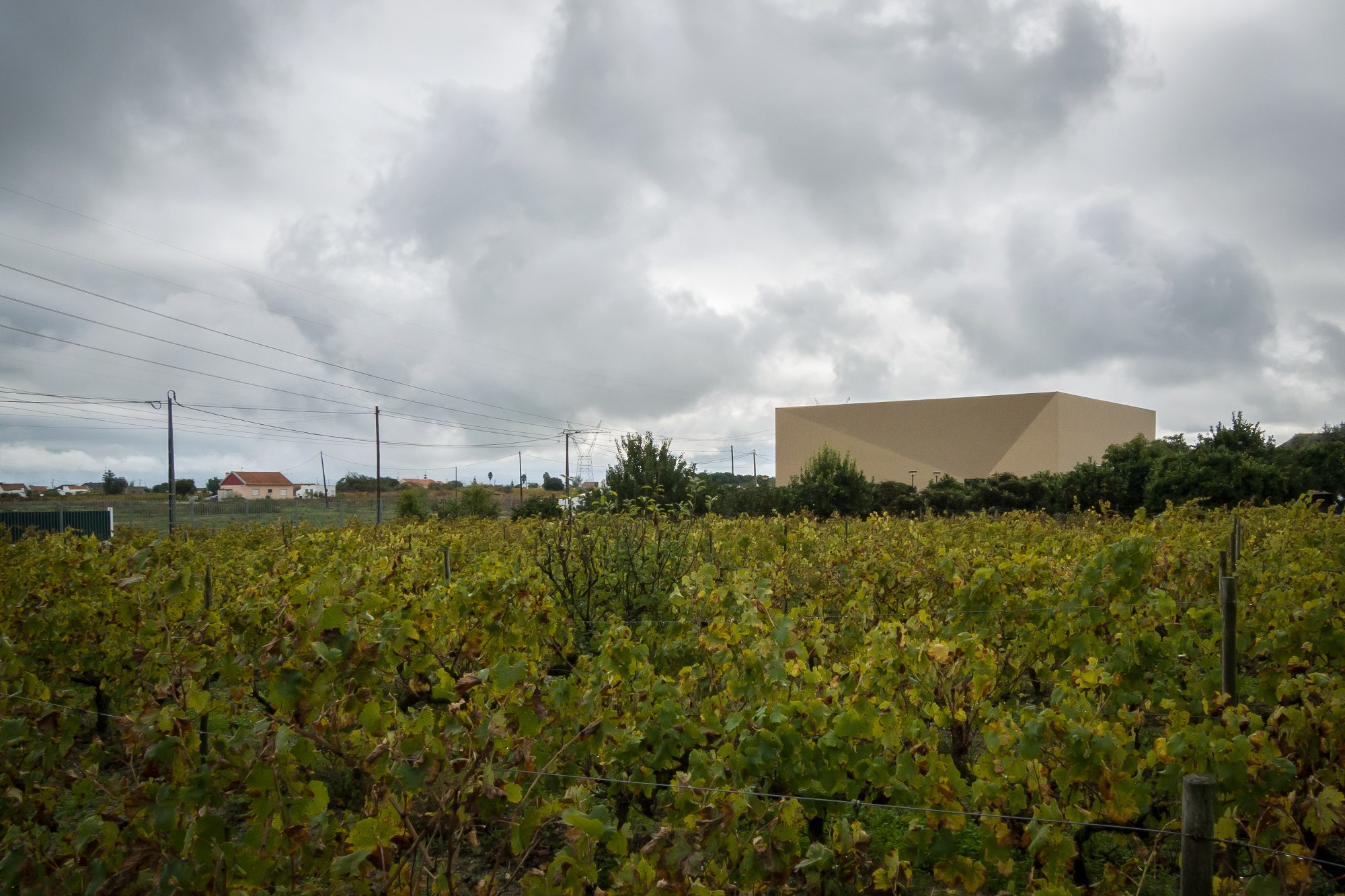 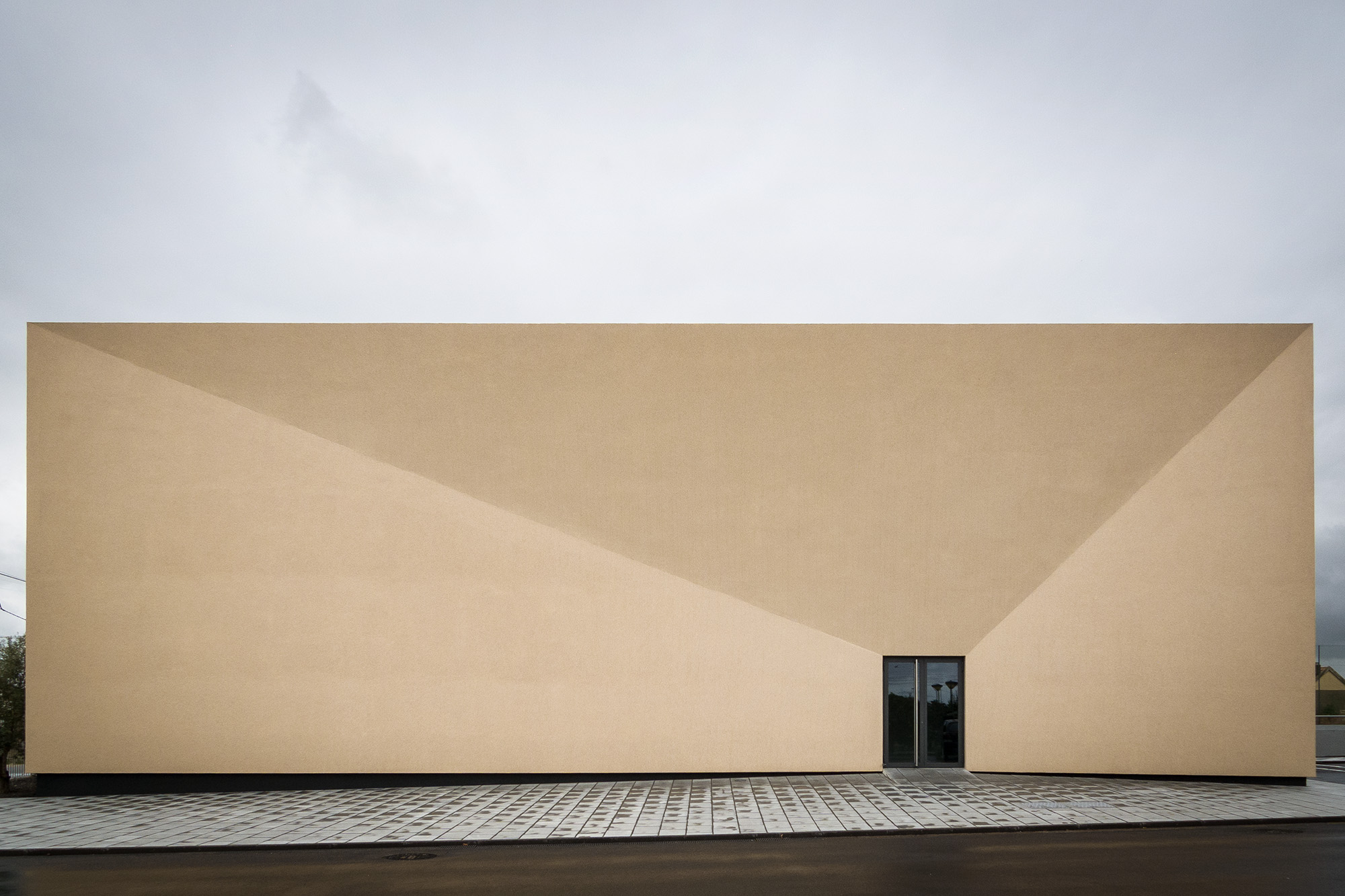 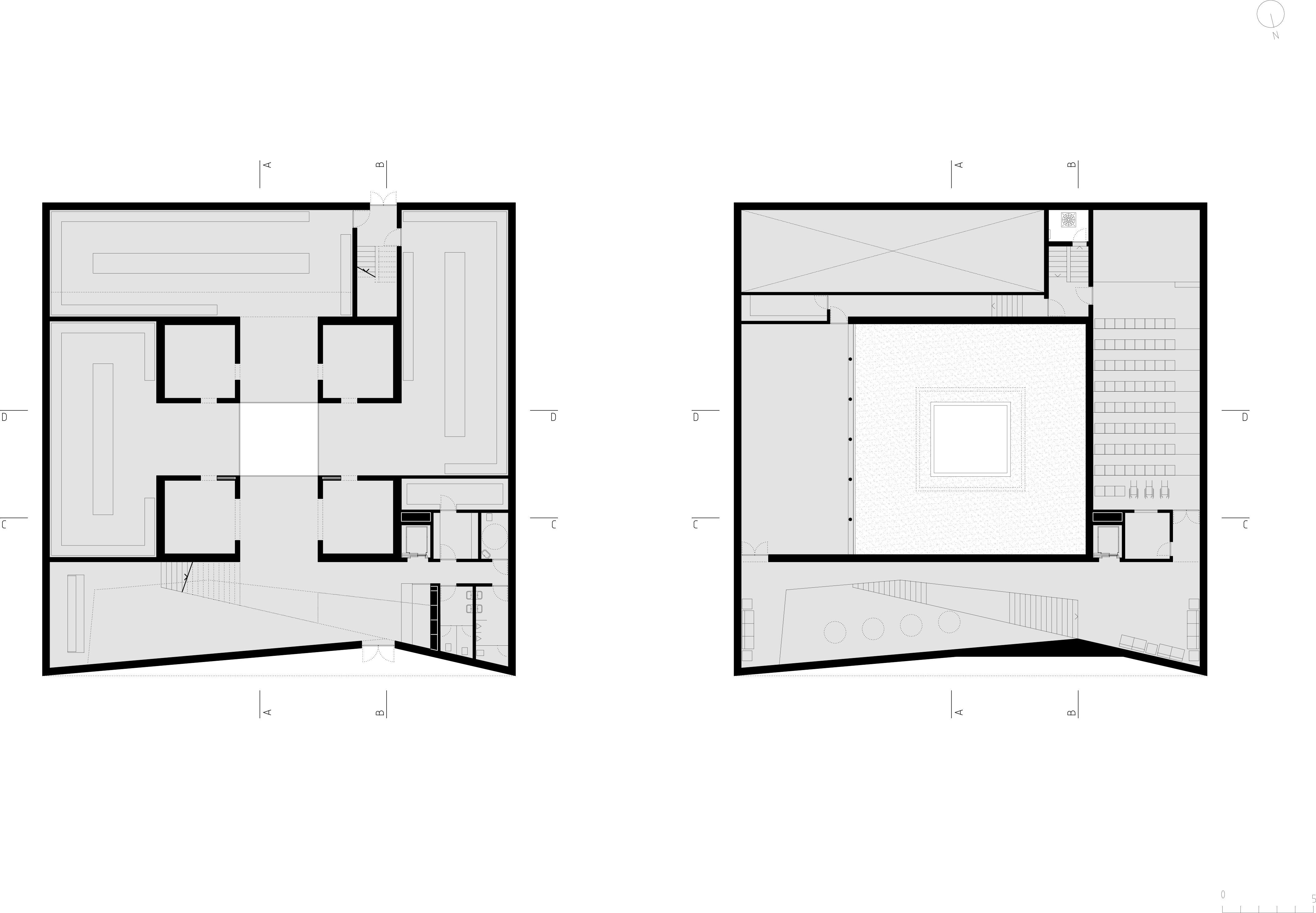 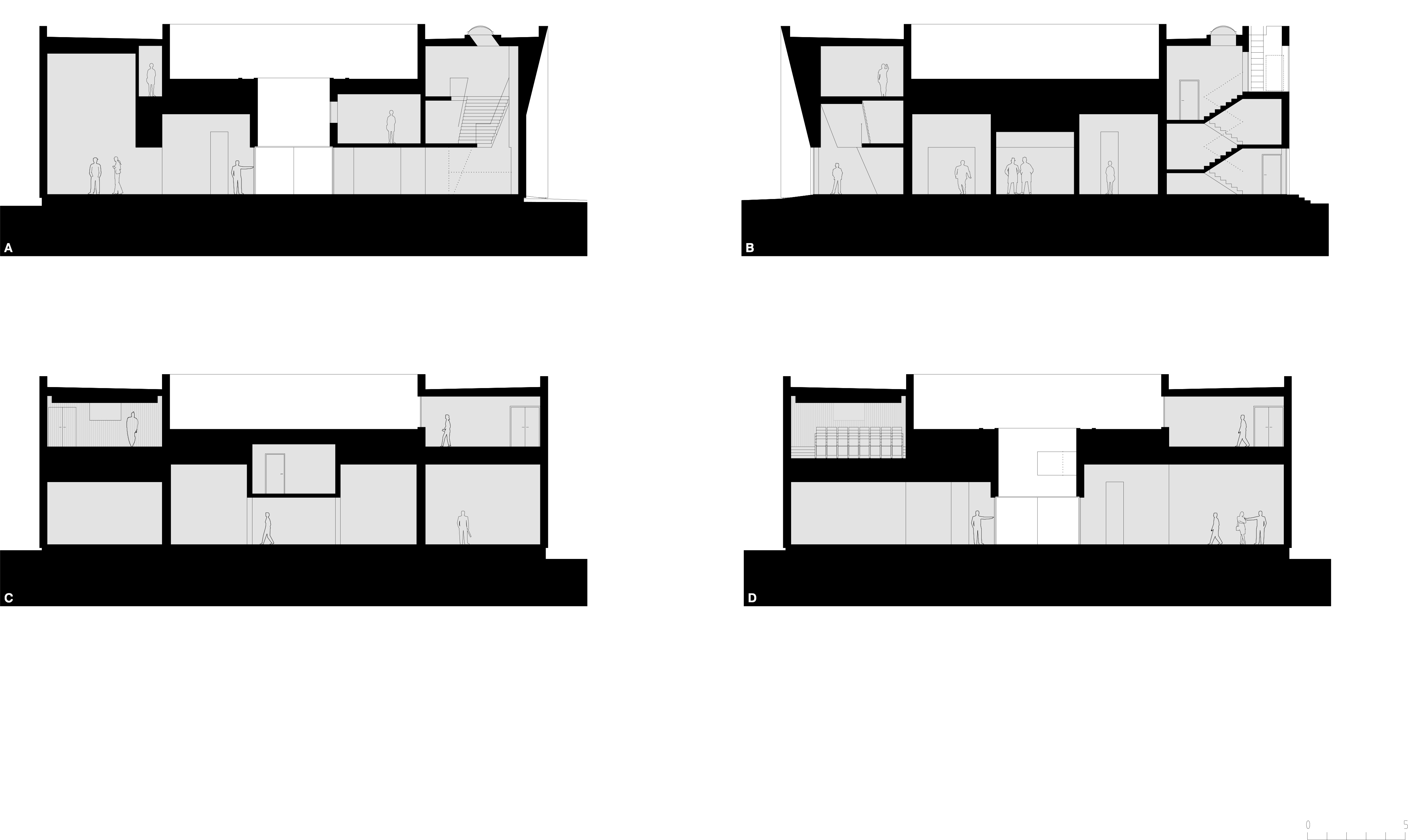 The museum consists of a completely closed, opaque and abstract box. Only the main façade has a concavity that marks the entrance of the building. It houses a private collection of mechanical music boxes.
The organization is cruciform, around a central patio, that distributes to the building's four sides. In one side there is the lobby, that works as a vertical distribution space, and to the other sides are three galleries of varying sizes. The transition between each of these four spaces is done through four antechambers.
The result is a box that looks very elementary when seen from the outside, but whose interior dismantles this simplicity: exploring long diagonal perspectives that open as spaces are crossed – allowing for glimpses of the galleries in a game of spatial seduction that seeks to maintain the curiosity of the visitor from the beginning to the end of the visit.

This museum is a totally private endeavour and is the culmination of the passion of its owner, Luís Cangueiro, for collecting mechanical music devices. Since his first acquisition in 1986 he has acquired more than 600 pieces – these range from the last half of the 18th century until the first half of the 20th century. His collection has become an important heritage that needed to be shared with the public. It is a testament to how mechanical music was the centre of social gatherings during the 19th century.
The presented video is composed of a series of clips taken by users and published in the museum's social media pages. It shows how inside this museum, these pieces dialogue with the visitors and the architecture.